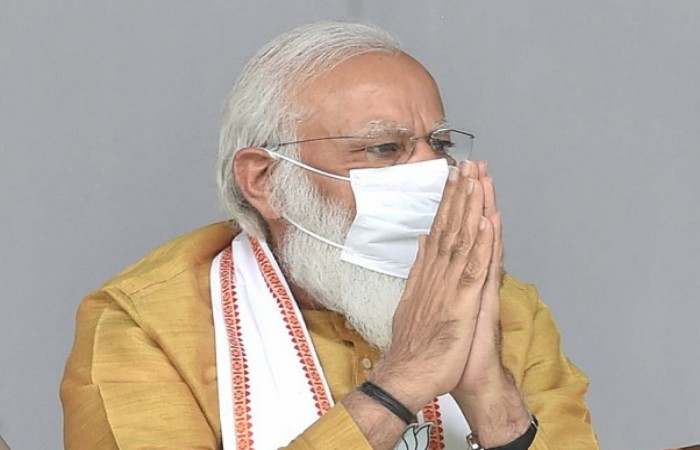 Prime Minister Narendra Modi said on Tuesday that “false narratives” about his government are spread as part of a big conspiracy to create political instability in the country, and asked BJP members to spread awareness regarding them among the people.

Speaking on the occasion of his party’s 41st foundation day, Modi said blatant lies like farmers’ land will be seized, citizenship of some people will be revoked, reservation will be scrapped or the Constitution will be changed are spread by certain individuals and organisations.

These false narratives have been spread over his government’s measures like farm laws, Citizenship (Amendment) Act and labour laws, he said.
“Deliberate politics is behind it. It is a very big conspiracy and its aims is to trigger political instability in the country by creating misconceptions and stoking imaginary fears,” he said, telling BJP members about this “serious challenge”.

He asked party members to be alert about them and go among the masses to spread awareness.
Opposition parties have criticised the laws on citizenship, and farm and labour reforms over a number of issues, including some which the prime minister has often rejected as blatant lies.

Modi also hit out at those who have often dubbed the BJP as an “election-winning machine” over its poll triumphs, and accused them of double standards, saying rival parties and their leaders are lauded when they win.

These people do not understand the maturity of Indian people and its democracy, and nor do they appreciate citizens’ hopes, expectations and dreams, he said.

The BJP is a continuous movement to win people’s hearts as it serves people for five years honestly, be in the government or outside, he said.
The poor and the rural India have embraced the BJP as for the first time they have seen ‘antyodaya’ (welfare of the most deprived) being realised through a number of schemes.

The prime minister cited a number of welfare measures brought in by his government to make his point.