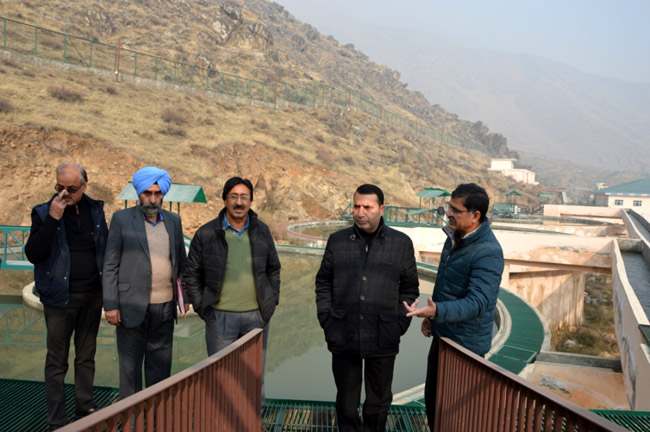 The Secretary was briefed that the Water Supply Scheme Tangnar is coming up under centrally sponsored scheme JNNURM at an estimated cost of Rs 148.35 Cr.

He was further informed that the scheme has so far been partially made functional and provides 45 million litres of drinking water to the areas of Srinagar City on its South West and adjoining areas like Zawoora, Zewan, Wyan, Khrew Pampore, Samerbugh, Kanipora, Pohru, Wagoora, Nowgam, Natipora, Lasjan, Padshahibagh, Batwara, Indranagar, Athwajan etc and afterwards it is expected to supply safe drinking water to the desired population of 2,28,018 souls.

The Secretary directed for making the scheme fully functional within a period of three months and to complete it in all respects within next year.

The Secretary also directed the Chief Engineer to ensure blacktopping of the road leading to the reservoirs and also fence its peripheries.