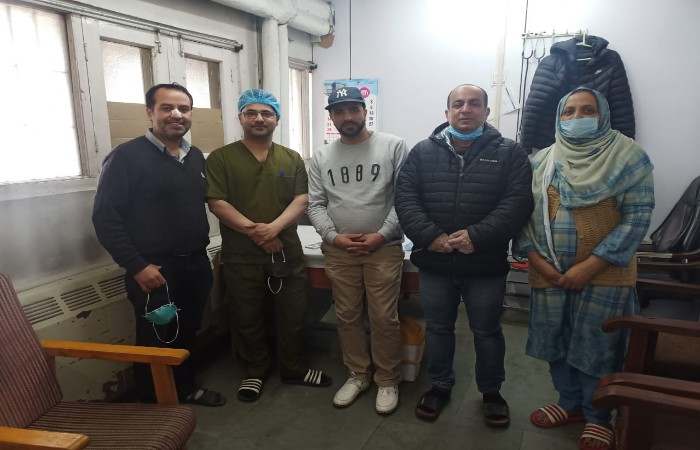 Inguinal hernia in female ,also known as Hernia of Canal of Nuck as such is rarely seen.Inguinal hernias are commonly seen in males.In rarest of rare cases, a challenging case was operated by Surgeons at Government Gousia Hospital,Khanyar.

A 19 year old female from Srinagar was diagnosed as a case of female inguinal hernia This hernia of canal of Nuck was planned as per Surgical principles in Standards Surgery textbooks for this rare female inguinal hernia.On operation , a single Sac is identified,dissected and deposited back into peritoneal cavity., During operation in this female inguinal hernia,two sacs were found on either side of round ligament .One having omentum as a content and other sac having ovary .