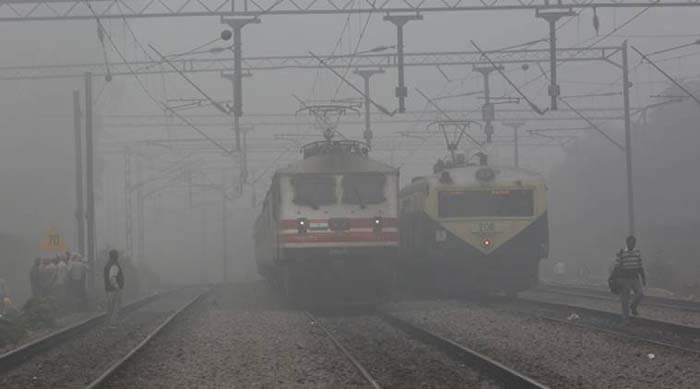 More than 100 trains were running late due to fog in Delhi which affected rail traffic under the Northern Railways with delays of up to two hours, officials said on Friday.

Delhi was enveloped in dense fog on Friday with minimum temperature settling at 6.4 degrees Celsius.

Trains on all routes from Delhi via Tundla, Rewari, Agra, Ambala Moradabad, Saharanpur, Bhatinda have been affected by fog.

A total of 109 trains are facing delays, officials said.

The Delhi-Agra route saw delay in the running of the most number of trains, 32, including the Nizamuddin Express which runs between Hyderabad Decan and Hazrat Nizamuddin railway station, and the Chennai Central to New Delhi Grand Trunk Express, which have been delayed for around an hour.

The Taj Express which leaves New Delhi at 6:45 am was rescheduled and left the city at 8:50 am.