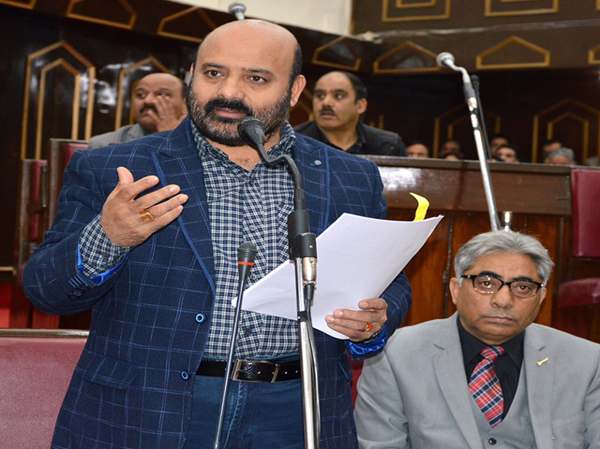 Minister assures availability of all prescribed medicines from April 2017

Minister for Health and Medical Education Bali Bhagat informed the house that free drug policy notified by the government is already in the process of implementation and the medicines prescribed free for different levels of healthcare institutions would be fully made available from April 2017 across the state.

Replying to a question by Ramesh Arora, the Minister said that under the policy 68 drugs are to be provided free at District and Sub-District hospitals, 53 at PHCs and 23 at Sub-centers. He said efforts were made to achieve the target during the current financial year and assured the house that 100% implementation of the policy would be ensured from April 2017 for which all advance steps have been taken.

The Minister further informed that Medical Supplies Corporation has already finalized the Annual Rate Contract of 552 molecules and have placed Purchase Orders amounting to Rs 79.12 crore for medicines, IV fluids etc. He said the rates for additional 41 medicines have also been approved by the State Level Purchase Committee.

The Minister said presently the Corporation is in a position to meet out the requirement of all Healthcare institutions. He   said efforts are also being made to ensure that requisitions from end user institutions are received well in time.

The Minister further informed that a part of CT scan machine at CD Hospital Jammu was not functional for some time and the same was replaced by the concerned firm.

Explaining the safety measures at Blood banks,   the Minister said that independent set-up is available in hospitals for cross matching in Transfusion Transmissible Infections (TTI) lab. He said the cross matching is done through Gel Technology Method and standard ELISA methods. The Minister said blood components are issued only after proper screening. He said proper care is being taken to ensure duly screened and cross-matched blood is issued to the patients under the supervision of senior blood bank officers.