3725 Constables recruited in Police during past 2 years: Veeri 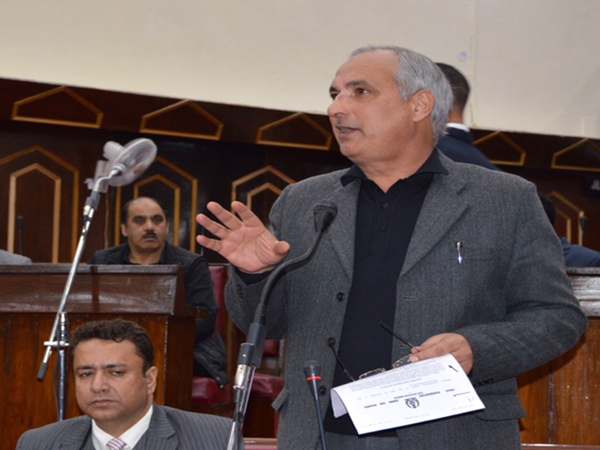 Minister for R&B and Parliamentary Affairs Abdul Rehman Veeri informed the house that 3836 candidates have been recruited under different cadres in Police Department during past two years.

Replying to a question by Dr Shehnaz Ganai, the Minister informed that 3725 youth were recruited as constables through recruitment board and SRO-43 in the Police department during the period, of which 132 are female constables.

The Minister further informed that in all 3622 candidates of various districts were recruited as constables through Police recruitment board during last two years which include 911 in Executive Police and 2711 in Armed Police.

Replying to other part of the question, Veeri said there is a laid down policy for regularization of SPOs as constables/followers in Police Department on operational grounds, excellence in sports and ITI diploma. He said besides during recruitment of constables 50 percent horizontal reservation has also been earmarked for SPOs having continuous engagement for three years.

The Minister further said that 2081 SPOs were absorbed and appointed as constables/followers during past five years in the state.

Minister of State for Animal and Sheep Husbandry & Fisheries Mir Zahoor informed the house that out of 1000 kanals of encroached land of Sheep and Animal Husbandry Farm at Laam in Nowshera, 550 Kanals has been retrieved and brought under cultivation of oats and fodder.

Responding to a question by Surinder Kumar Choudhary in the upper house, the Minister said that agriculture operations at the farm were forced to be stopped by the locals. He said out of 550 Kanals of retrieved farmland, the germinated crops on 174 Kanals were damaged by the mob and rest 376 Kanals of cultivated land are with the department. He said presently the encroachers are not allowing the farm activities on the said land.

He said FIR has been lodged against the encroachers and the case is pending in the court. He said the department will not allow encroachment on its land and action will be taken against the culprits.