Fresh rain and snowfall predicted in Kashmir later this week 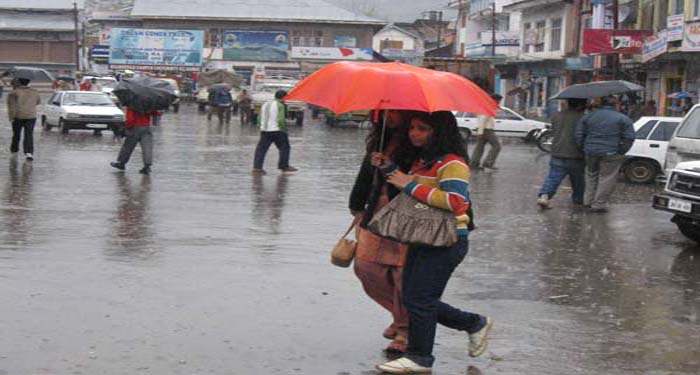 The weather department in Srinagar has predicted fresh rain and snowfall in Kashmir later this week, continuing the trend of back to back rain and snowfall in the upper reaches of Kashmir in the month of March this year. Regional director of Indian Meteorological Department (IMD), Sonam Lotus said the weather will mainly be clear to partly cloudy on Thursday

“Light rain may occur at isolated places of Kashmir towards evening. There’s no forecast of any major rainfall activity till the 20th. As of today, it looks like 70% chance of light to moderate rain and snow during 21-23 March,” he said in a statement on Thursday morning.

The summer capital Srinagar recorded a maximum of 4.2 degrees Celsius during the night while Jammu recorded 15.5 degrees. Gulmarg was the coldest place in Kashmir as night temperature was recorded at 1.5 degrees C.

Although the month of February witnessed a number of snow spells, it also saw an abrupt increase in maximum temperatures.

Kashmir experienced harshest winter in 30 years with temperatures plunging to record levels in the month of January. On January 31, Srinagar recorded minus 8.8 degrees C, lowest since the January of 1991.