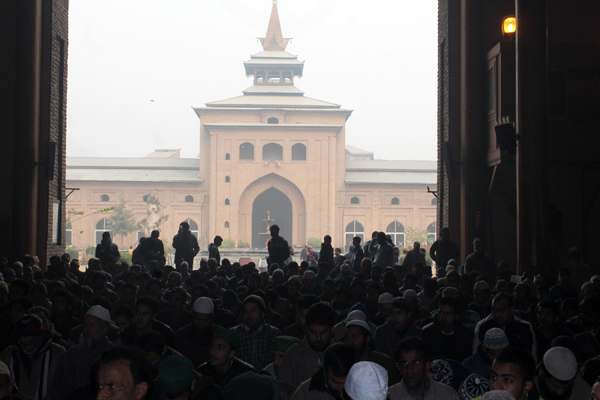 For the first time since the unrest erupted across Kashmir valley, Friday’s mid-day congregational prayers were offered at Srinagar’s Jamia Masjid after 19 weeks.

The mosque, which is located in the heart of Srinagar’s volatile old city, had remained sealed off on all previous Fridays during the unrest as authorities took pre-emptive measure to prevent the face-off with large gatherings.

However, the Friday’s congregational prayers resumed at the mosque today as police and paramilitary had removed barricades that were set up at the mosque’s entrances during the unrest, local residents told jknewstoday.com.

Jamia Masjid is one of the oldest mosque in Kashmir valley and was constructed in 14th century.

The volatile old city neighbourhoods are the stronghold of separatist sentiment and remained under long spell of curfew and restrictions during the unrest, which is now in its fifth and significantly reduced in intensity.

Mirwaiz Umar Farooq, the chairman of a moderate separatist group and ‘chief preacher’ in the region, usually delivers Friday sermon at the historic mosque. But he did not lead today’s prayers as he under house detention.

The prayers today were led by a local cleric and were attended by hundreds of local residents. After the mid-day prayers, hundreds of youth attempted to take a rally and march through the old city neighbourhoods but were intercepted by police leading to clashes between protesters and police, local residents and eye witnesses said. 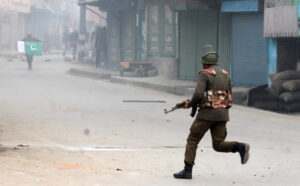 The government’s denial to allow prayers at Jamia Masjid during the ongoing unrest had caused resentment among the residents here and was condemned by the separatist groups, who termed it as “infringement in religious affairs”.

The unrest in the region, which is now in its fifth month, was sparked by the killing of militant commander Burhan Wani on July.