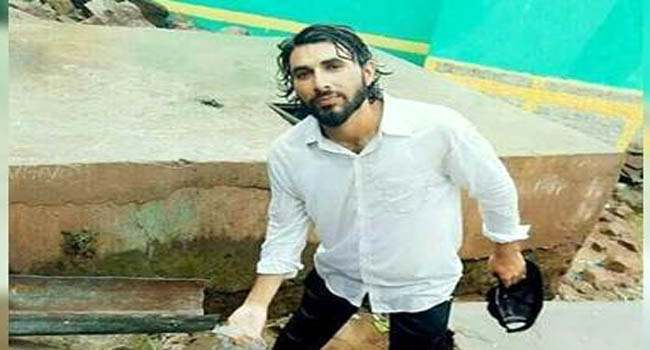 The militants forced the woman, a local in touch with Aurangzeb, to reveal details and discovered that he would be leaving the army camp and would be seeing her before proceeding to Poonch

Aurangzeb, an army jawan posted in South Kashmir’s Shadimurg, was abducted and killed soon after he left the 44 Rashtriya Rifles camp on June 14.

He and his colleagues had hailed a private car and requested the driver to drop him to Shopian but the car was intercepted by terrorists, who dragged Aurangzeb out. The rifleman was on his way home, in Poonch, for Eid but was to meet a local woman before leaving the Valley. “He had come in contact with a woman and the two were in touch,’’ an official revealed.

Unknown to Aurangzeb, the terrorists had found out that the armyman was seeing the woman. “They forced the girl to reveal details and discovered that he would be leaving the army camp and would be seeing her before proceeding to Poonch,’’ an army official said on condition of anonymity.

The terrorists were lying in wait for him and pulled him out of the car. Contact between men in uniform and local women is frowned upon as armymen are seen as ‘oppressors’.

The army has now issued an advisory reiterating SOPs. “A message has been sent to all units in the Valley, through 15 Corps, to not befriend local women,’’ an army spokesperson confirmed. “It is not easy for our men to serve in the midst of a hostile population, but contact with women is completely inadvisable,’’ another official said.

Aurangzeb was also on the wrong side of other SOPs. Army jawans are not allowed to travel in private cars and must always leave in a bullet-proof vehicle (called Caspers in J&K), till they cross the Valley.

In Aurangzeb’s case, it would have been safe for him to travel in a private vehicle only after crossing the Banihal into Jammu. “He hailed a private car because he was to meet the girl,’’ another official revealed.

The young jawan also became a target because of the unit he belonged to. His unit has been at the forefront of counter-insurgency operations in Shopian and has neutralised several militants.

A video shot in a forest, before Aurangzeb was shot multiple times in the head, shows him answering questions on his duties, postings and operations. Hours later, his body was found abandoned in neighbouring Pulwama.

The brutal killing of Aurangzeb exposed the chinks in the army’s armour. Both defence minister Nirmala Sitharaman and the army chief, General Bipin Rawat, went to Aurangzeb’s home to meet the jawan’s family.

“All units have been asked to (now) strictly comply with SOPs,’’ the spokesperson said.