Gen. Bajwa to take over command of Pakistan army today 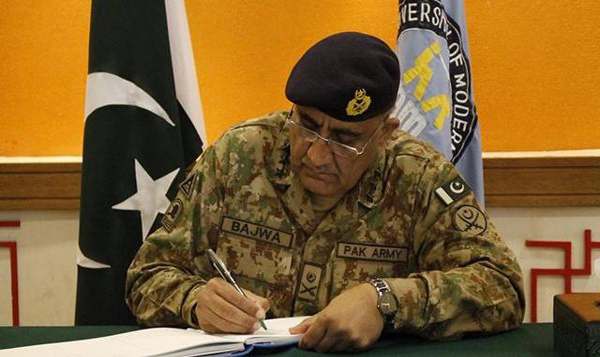 Army Chief-designate General Qamar Bajwa will assume command of the Pakistan Army from General Raheel Sharif at a ceremony at the Army Hockey Stadium in Rawalpindi on Tuesday .

The outgoing army chief on Monday spent his last day in office completing a round of farewell meetings. The main activity at the General Headquarters ahead of Tuesday’s ceremony was the farewell corps commanders’ conference, according to reports in Pak media.

The conference was attended by COAS-designate Gen Bajwa, corps commanders and principal staff officers. According to the Inter Services Public Relations, they “paid rich tribute to General Raheel Sharif for his leadership and professional acumen and lauded his services for the country”.

Speaking at the conference, Gen Sharif thanked the commanders for assisting him in execution of his duties during his tenure. He also visited the ISI Head­quarters in Islamabad to pay tribute to “the sacrifices and successes” of the spy agency “in fighting terrorism and streng­thening the defence of the motherland”, Pak media said.