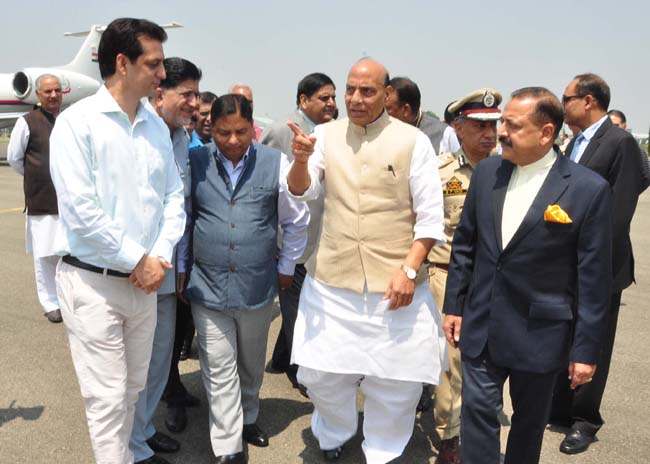 The government is serious about the security of Prime Minister Narendra Modi, Home Minister Rajnath Singh on Friday said, amid reports of an assassination plot by Maoists.

“We are always serious about the prime minister’s security. The Maoists are fighting a losing battle. They are now active only in 10 districts in the country,” he told a press conference here after a two-day tour of Jammu and Kashmir.

The police in Pune yesterday told a court that they had seized a “letter” from the Delhi residence of one of the five people arrested on Wednesday for having alleged “links” with the banned CPI (Maoist).

The purported letter allegedly mentioned of a plan to “assassinate” Modi in “another Rajiv Gandhi-type incident”, the police told the court.

Singh said the Naxal violence will come to an end soon as their area of influence has come down from 135 districts in the country to 90 but they are very active in only 10 of these.

Asked about the possibility of extending the ongoing suspension of operations against the militants in Jammu and Kashmir beyond Eid, he said an appropriate decision will be taken after reviewing the ground situation and in consultation with all people concerned.

Maintaining that the Centre’s stand since beginning was that New Delhi was willing to talk to everyone, Singh said, “Our neighbouring country Pakistan should prevent terror emanating from its soil.”

The home minister also said the central government was ready to hold dialogue with all “right-minded” people if not “like-minded”, a statement seen as an olive branch to the separatists.