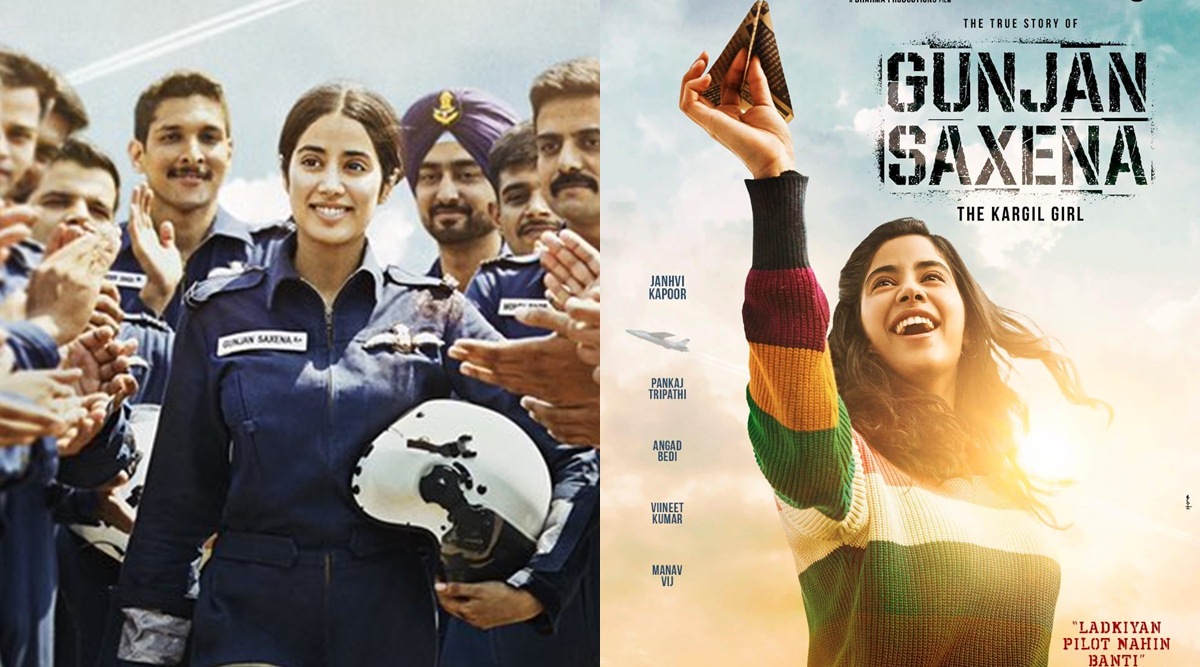 In an explosive Facebook post, Gunjan Saxena’s fellow pilot Sreevidya Rajan said they were under more scrutiny than the male counterpart, but were never humiliated. She also accused the film, Gunjan Saxena: The Kargil Girl, of distorting facts.

There seems to be no end to the controversy about the film Gunjan Saxena: The Kargil Girl. After the Indian Air Force (IAF) objected to certain scenes and how the IAF was portrayed in the film, now a former colleague and course-mate of Gunjan Saxena, Sreevidya Rajan has raised questions on the biopic. Rajan was a helicopter pilot in the IAF back in 1999 during the Kargil conflict with Pakistan.

In a Facebook post, Sreevidya Rajan has written that both Gunjan and she were initially “skeptical” about their “acceptance” in the male-dominated area of flying. However, she says there were enough officers to support them. She also admits that they [the female pilots] were under more scrutiny than their male counterparts.

“We were under strict scrutiny and certain mistakes of ours were met with corrective actions which may have been overlooked had it been done by our male counterparts. We had to work harder than our counterparts to prove ourselves to be at par with them. Some were not happy to share the professional space with us but the majority accepted and treated us as fellow officers working towards a common goal (sic), a part of Rajan’s Facebook post read.

Rajan writes that both Gunjan and she were posted to Udhampur in 1996 but in the movie, it was shown that Gunjan Saxena was the only lady pilot posted at the unit. “Since the two of us were the first lady pilots to be posted to that helicopter unit, we were skeptical about our acceptance in the male-dominated niche area of flying. We were received with the usual preconceived notions and prejudices from a few colleagues,” she writes.

She also adds that their flying was never interrupted or cancelled for petty reasons as wrongly portrayed in the movie. “The squadron commander was a thorough professional. He was a very strict and tough officer who took us to task whenever there was a mistake from our side, be it male or female. We never faced any humiliating physical strength demonstrations as shown in the movie. We were never ill-treated or humiliated by our fellow officers,” the Facebook post says.

Rajan goes go on to endorse that there were no separate toilet facilities and changing rooms for ladies in the unit as is shown in the movie. “After initial difficulties, we shared the limited resources with our fellow officers and they always accommodated and helped us whenever it was needed,” she writes.

Rajan also revealed that Gunjan Saxena was not the only lady pilot to fly in Kargil operations as is shown in the movie. “This is factually incorrect. We were posted together to Udhampur and when the Kargil conflict started, I was the first woman pilot to be sent along with the male counterparts in the first detachment of our unit which deployed at Srinagar. I flew missions in the conflict area even before Gunjan’s arrival at Srinagar. After a few days of operation, Gunjan Saxena came to Srinagar with the next set of crew,” she writes.

Rajan says they participated in all operations given to them which included casualty evacuation, supply drop, communication sorties among others, and that the rescue mission shown in the climax of the film never actually happened. “The heroic acts of the protagonist portrayed in the climax never actually happened and may have been shown as part of cinematic licence,” she adds.

Rajan goes on to describe Gunjan as a brilliant officer with many achievements during her career which should have been portrayed to inspire the younger generation, instead of showing her as a weak and oppressed victim in certain scenes. “As the pioneers of women pilots, we were treated with utmost respect and it was our responsibility to live up to the expectations and pave way for future generations. The movie is sending out a wrong message about the lady officers of IAF there by demeaning the prestigious organisation of our country,” the post reads.

Rajan also noted that being a biopic, the film should have represented facts, “Gunjan should have made sure to show the facts and portray IAF in a positive light before giving her approval to air the movie.”

Rajan further claims that despite being the first lady pilot to fly in Kargil, she never brought this up before due to her strong belief in gender equality. “In Kargil operations, male pilots had flown extensively and faced more hardships than us. But they never got or sought any publicity. We probably were given this fame because of our gender which I do not support. In defence services, there is no disparity between male or female. We are all officers in uniform,” she concluded the post.