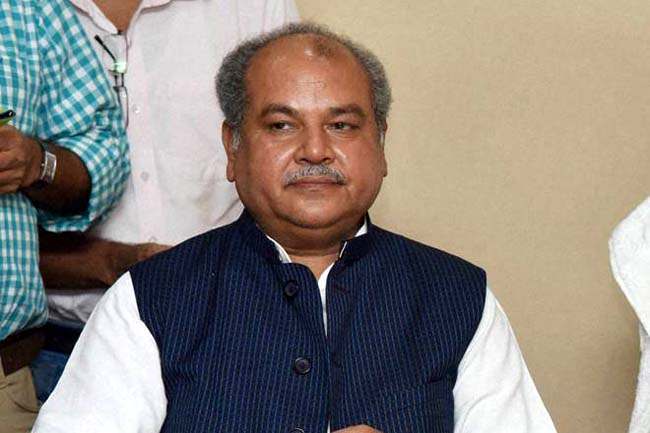 Agriculture Minister Narendra Singh Tomar Wednesday said the Centre is not holding any informal talk with protesting farmers and described putting up of more barricades and suspending internet in and around agitation sites as law and order issues related to local administrations.

The last and 11th round of meeting between the government and 41 protesting unions, held on January 22, was inconclusive. The Centre had asked unions to reconsider the government’s proposal to suspend new farm laws for 18 months.

Asked when the government will hold the next round of talks and if it was engaging with the unions informally, Tomar replied in the negative.

“No. We will inform when formal talks will be held,” Tomar told PTI.

When told that protesting unions demand that no formal talks with the government can be held until the police and the administration stop “harassing” them and release the detained farmers, the minister said, “They should talk to the Police Commissioner. I don’t want to comment on the law and order issue. That’s not my job.”

Since the January 22 talks, there has been no meeting between the farmer leaders and the Centre to discuss the farm laws although the government reiterated that its offer stands and doors are open for discussion.

On Tuesday, Samyukt Kisan Morcha (SKM) — the umbrella body of farmers’ unions protesting the Central farm laws — had said that there can be no “formal” talks with the government until the “harassment” of different kinds against the farmers’ movement by the police and administration is “immediately stopped”.

The SKM had also said no formal proposal for talks has been received by it.

“Though no formal proposal for talks came from the government, we clearly state that the talks will be held only after unconditional release of farmers who are in illegal police custody,” SKM had said in a statement.

Prime Minister Narendra Modi in an all-arty meeting on Saturday had said the government’s offer to suspend the farm laws for 18 months was still on the table and the agriculture minister was just a phone call away to take the talks forward.

The sites of the farmer protest at Delhi’s borders have turned into fortresses with police beefing up security and putting up multi-layer barricades to stop the movement of vehicles. Concertina wires and metal spikes have also been put up to keep off people on foot.

The strengthened security measures come after the violence during the Republic Day tractor parade by the farmers.