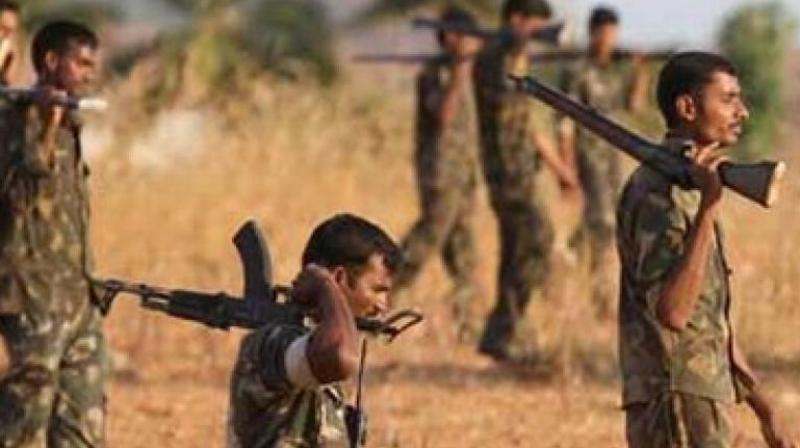 A former army man who traded in condemned, sometimes even fresh parts of assault rifles; a Bihar town renowned for making guns; and Maoists willing to pay up to Rs 700,000 per rifle.

These are the strands of an investigation by the National Investigation Agency and the Bihar police into how at least 125 AK-47s, fabricated from parts of weapons presumably phased out or condemned by the army and dumped in its stores in Jabalpur, Madhya Pradesh, reached Bihar’s Munger, where home foundries churning out crude guns have, over the years, worked their way up to crafting and assembling sophisticated weapons.

From Munger, they found their way into the hands of Maoists and gangsters. It is an investigation that raises questions about how the army deals with condemned weapons and who has access to them. The suspected mastermind of the racket, former armourer Purushottam Rajak, arrested in September from Jabalpur, has told interrogators that he was picked up by army officers in August on suspicion of stealing parts of AK-47 rifles from an army facility, but was let off after initial questioning when he claimed the parts found in his vehicle had been planted, investigators said.

The case was initially cracked by Bihar police in August and later handed over to NIA because of its pan-India and national security ramifications. Munger has emerged as a hub for trading of sophisticated weapons, including AK-47 assault rifles, parts of which are smuggled from arms depots and locally assembled. Munger police have already busted one such racket involving a nexus between officers of Jabalpur’s Central Ordnance Depot and local arms dealers.

“Inadequacies in record-keeping of condemned weapons also helped the accused. Some of stores where these condemned weapons were kept were not in good condition. In one case, a portion of one of the walls of a store had collapsed too, making it accessible, These claims will be verified,” said an NIA official who spoke on condition of anonymity.

A senior Indian army officer aware of the case said Rajak smuggled spare parts from faulty weapons and at times even stole fresh spare parts that had been stocked at the depot for repair and maintenance of firearms. “He worked in tandem with those at the Ichapore gun factory (in West Bengal) and sourced some of the components from there…,” said the officer requesting anonymity. The officer said the army’s own investigation showed that Rajak could have been responsible for supplying “spare parts for over 100 weapons” which subsequently found their way to the grey market. The officer underlined that Rajak quit the army in 2008 and was employed as a civilian at the arms depot.

Queries sent to the Indian army and the ministry of defence went unanswered. The Indian army spokesperson did not respond when asked why Rajak had been let off after being picked up in August. Investigators in NIA and Bihar police say that having been an armourer himself, Rajak knew how to fabricate a weapon using spares from different weapons. Bihar police found the markings of different ordnance stores on some weapons recovered in Munger, “which

shows that these weapons were fabricated using parts of different weapons. In all we have recovered around two dozen AK-47 rifles from different places in Munger…,” said Kundan Krishna, the police’s inspector general (operations).

According to the NIA official cited above, Rajak claims he first tried his hand at peddling guns in 2003, when he sent eight self-loading rifles to fellow armyman

Mohammad Niyazur Rehman ,a native of Mirzapur Bardah village in Munger. Rehman too has been arrested in the case by the Bihar police. “Rajak claims that after 2003, he began peddling arms again only in 2012-13 but we doubt… He says that after taking premature retirement from the army in 2008, he settled in Jabalpur. In 2012 he again tried to get in touch with Niyazur and wrote a letter to him but he didn’t get any reply. He sent another letter and this time it was replied to by Niyazur’s brother Shamsher who claimed Niyazur was dead but that he (Shamsher), was ready to do business with Rajak. He found an accomplice, another civilian employee, Suresh Thakur, working in the Central Ordnance Depot and started arms peddling again,” said the official. The official added that Rajak used to travel in train from Jabalpur to Bihar in an AC coach, in which the luggage carried by passengers was subject to less stringent checks. “Normally he used to carry three AK-47s in his bag to Bihar and never got down at any station. His receiver used to join him on the journey and got down with the bag with the weapons. Rajak took Rs 3.5 lakh for a weapon. His Munger receivers used to sell the weapon at a profit of Rs 1 lakh per gun. An AK-47 could fetch anything between Rs 5 and Rs 7 lakh depending upon the customer,” said official.

Given the sensitivity of the case, NIA chief YC Modi visited Bihar on Wednesday and Thursday to review the progress. “The racket is far bigger than we anticipated…,” said Munger superintendent of police Babu Ram.In all, 35 suspects have been held so far.