Ilhan Omar needs to adjust her lenses to have fair picture of Kashmir, human rights 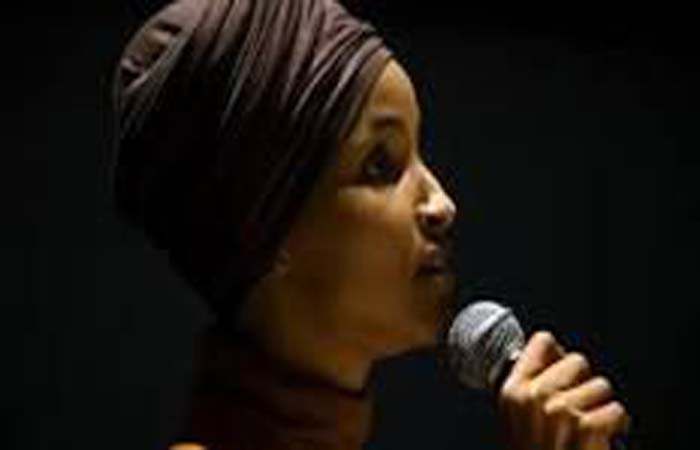 Congresswoman Ilhan Omar‘s visit to  Pakistan and Pakistan occupied Jammu and Kashmir has muddled the waters  for her single -lens view  is far removed from the actual reality on the ground . She has been unable to differentiate between a progressive society and the one from where he lectured on the human rights – the land of obscurantism .

She needs to adjust her lenses to see the difference . In the first instance, it should have  clear to her that the place from where he was seeking to  bad-mouth India was , in fact, the territory actually belonging to India . That is , in historical terms, was illegally occupied by Pakistan . It should also have been very clear to her that the “ Azad Jammu and Kashmir “ , as Pakistan projects the occupied territory , is nothing more than a colony of Pakistan , where Islamabad and jackboots rule.

Ilhan Omar  spoke of human rights violations in Kashmir, for which she had no documentary evidence nor anything to substantiate her charges , but she forgot to look beyond what she was shown in PoJK. Either she was led to understand that the place where she stood and spoke was all innocent , and if it was so  she has betrayed her deep ignorance or deliberately shut her eyes to the  grim situation there.

Home Minister said : terrorism is a curse for any civilized society, and India has suffered the greatest pain from this curse. There can be no greater violation of human rights than terrorism, that is why, complete eradication of terrorism is very important to protect human rights, NIA should work determinedly to end terrorism.  “

These were thought-provoking  and inspiring words to quell and defeat terrorism in all its forms and manifestations .

Ilhan Omar, through her toxic words about India, did no service to her hosts where there is a yearning in the new government and among common Pakistanis for a better ties. She has hit hard at the prospects of the improvement in the ties between the two countries.

It is advisable for her to have a comprehensive view of the things, sift fact from fiction, and for that she needs to adjust her lenses in a balanced manner.