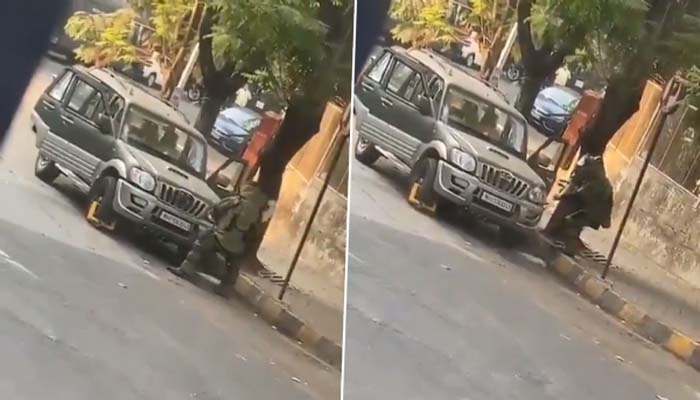 The car found with explosives near industrialist Mukesh Ambani’s Mumbai home was stolen and had a handwritten letter addressed to the Reliance chairman and Neeta Ambani inside it, the city’s police said today.

A few number plates have also been found in the car, a Scorpio, which was parked close to Mukesh Ambani’s towering home Antilia on Carmichael Road in south Mumbai after midnight on Wednesday.

Twenty gelatin sticks – material used in explosives — were found in the car by the bomb disposal squad, the police said yesterday.

A Mumbai police spokesperson said the licence plate of the SUV matched that of a vehicle on Mukesh Ambani’s security detail.

A handwritten letter was also found, reportedly addressed to Mukesh Ambani and Neeta Ambani, but no details have been released on record.

Mumbai policemen have been posted outside Antilia since the car was found parked around 1.4 km away from the building, which has a heavy security cover.

“Police have deployed police personnel across the city and are conducting searches. The vehicle has been seized for investigation. A letter has been found inside the suspicious vehicle,” Mumbai Police said on Thursday.

Maharashtra Home Minister Anil Deshmukh also tweeted: “Twenty gelatin explosives sticks were found in a Scorpio van in the vicinity of industrialist Mukesh Ambani”s residence in Mumbai. The Mumbai Crime Branch police is investigating the matter and the findings will be out soon.”

The 27-storey Antilia is one of the world’s largest and most luxurious private homes with three helipads, a 168-car garage, a ballroom, high speed elevators, a theatre, swimming pool, and a snow room. India’s richest family lives in the top six floors.