India needs to walk the talk with Trump cautiously 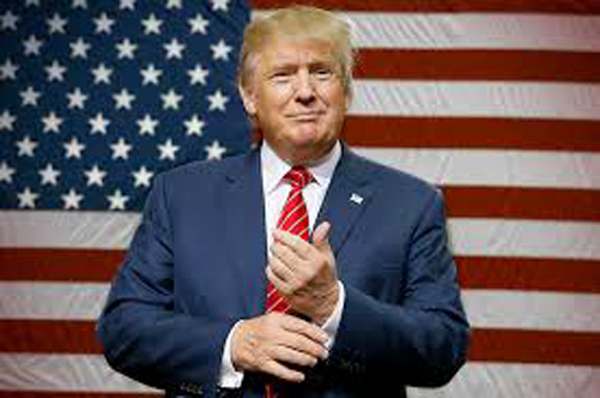 India  will  be committing a big mistake by reading  all positives in  Donald Trump’s victory  as the 45th President  of the  United States of America  in the delusion that  his administration would be  a diehard supporter  of the country in  South Asian region and the rest of the  world.

In  fact, his presidency that has  triggered protests within America, with the shouts and placards: “ Not my President” , can bring India into harm’s way .  The demographic composition of India , more or less like the U.S. , has its strength and weaknesses .

Given the acute political and communal polarization in the country, any  extraordinary tilt  by Government of India toward Washington  D C. would have its unavoidable pitfalls. Trump is viewed as anti-Muslim in the eyes of the Islamic world . His campaign speeches against Muslims, Mexicans, immigrants and  some countries of the world  have been etched on the minds. He has given birth to  an extremism that the extremists across the world  have  a cause in hand to respond with  extraordinary push for more extremism . The clash  of extremes spells out disasters  of  epic proportions. There is no clause for mercy in such  situations.

Trump’s speech in which he explicitly  expressed his love for “ Hindus” and used  Indian Prime Minister  Narendra Modi’s  election time  rhyming slogan, “ Aab ki Barr, Trump Sarkar”  sounded  music to many Indians , mostly Hindus .  But that was not the case with the major minorities in the country who have their own view of Trump and the polarizing campaign  with which he hit the ground running .

In the coming months , especially after January 20 when Trump delivers his inauguration speech  as the new  President of the USA ,  his attitude toward the non-white Americans, particularly Muslims- naturalized citizens or immigrants –  and rest of the world , would have its direct impact on  India .  As many  Indians  are living in the U. S.  Any perceived  discrimination between Indians on religious lines would have  impact back home in the country .  It might not happen, but the fear is there nonetheless.

India should guard against being seen as an arm of   America  in rising up to emerging super power China that has already blocked its entry into the Nuclear Suppliers Group ( NSG) . But the closeness of Delhi-Washington is too well known to the world, as is the  China- Pakistan all weather friendship , the signature tunes of which is China-Pakistan Economic Corridor and Beijing’s refusal  to  allow the United Nations to  designate Pakistan-based  Jaish-e-Mohammad founder Azhar Masood  as terrorist .

Pakistan has been exploiting Kashmir issue and talking about the persecution of minorities in India  at the world fora. The stand of the Trump administration  in regard to Pakistan because of  its geostrategic location and its history of partnering with  the US in fighting Soviets and  Taliban  for almost three decades  would  not be compromised  just because of friendship with India. The Americans watch their interests first. India should know that.