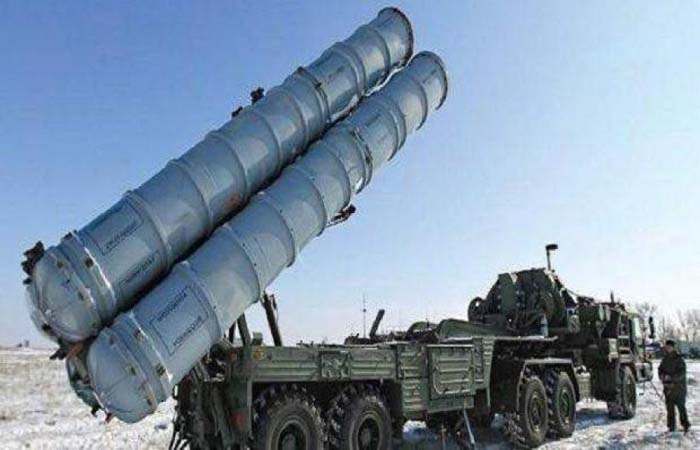 India intends to deploy the Russian-made S-400 missile defence system by next month to defend itself from Pakistani and Chinese threats as it is pursuing an extensive military modernisation effort encompassing air, ground, naval and strategic nuclear forces, Pentagon’s top intelligence official has said during a Congressional hearing.

As of October 2021, India’s military was seeking to procure advanced surveillance systems to strengthen its land and sea borders and boost its offensive and defensive cyber capabilities.

“In December, India received its initial delivery of the Russian S-400 air defence system, and it intends to operate the system to defend against Pakistani and Chinese threats by June 2022,” Lt Gen Berrier said.

“India continued to develop its own hypersonic, ballistic, cruise and air defence missile capabilities, conducting multiple tests in 2021. India has a growing number of satellites in orbit, and is expanding its use of space assets, likely pursuing offensive space capabilities,” he said.

India is taking steps to establish Integrated Theatre Commands that will improve its joint capability among its three military services.

Since 2019, Prime Minister Narendra Modi has given priority to strengthen India’s economy by expanding its domestic defence industry and establishing a negative import list to curtail defence purchases from foreign suppliers.

“India’s long-standing defence relationship with Russia remains strong, holding their first ‘2 2’ format talks in December – a joint foreign and defence ministerial that India previously only held with the United States, Japan and Australia.

“India has maintained a neutral stance on Russia’s invasion of Ukraine and continues to call for peace,” Lt Gen Berrier told the lawmakers.

According to Lt Gen Berrier, throughout 2021, New Delhi continued to implement a foreign policy aimed at demonstrating India’s role as a leading power and net provider of security in the Indian Ocean region.

India seeks to promote prosperity and ensure stability in the Indo-Pacific region by seeking strategic partnerships to build influence through bilateral and multilateral mechanisms such as the Quadrilateral Security Dialogue and the Association of Southeast Asian Nations (ASEAN), he said.

Following the collapse of the Afghan government, New Delhi is increasingly concerned about potential attacks against India by Pakistan-based terrorist groups such as Lashkar-e-Taiba and Jaish-e-Mohammed – empowered by a Taliban-controlled Afghanistan, he said.

The evacuation of Indian personnel from Afghanistan degraded its resources to monitor potential threats and cultivate influence over regional stability, he said.

Despite recommitting to the 2003 ceasefire, India remains postured to respond to perceived terrorist threats, and has continued counter-terrorism operations in Kashmir, Lt Gen Berrier said.

“Occasional skirmishes between Indian and Pakistani troops will continue, and a high-profile attack in India by Pakistan-based terrorists risks an Indian military response,” he said.

Lt Gen Berrier said that Chinese-Indian relations remain strained following the fatal clashes in summer 2020 between their respective forces along the Line of Actual Control (LAC).

During 2021, both sides held multiple rounds of high-level diplomatic and military talks that resulted in a mutual pullback of forces from several standoff points.

However, both sides maintain close to 50,000 troops along with artillery, tanks and multiple rocket launchers, and both are building infrastructure along the LAC, Lt Gen Berrier added.