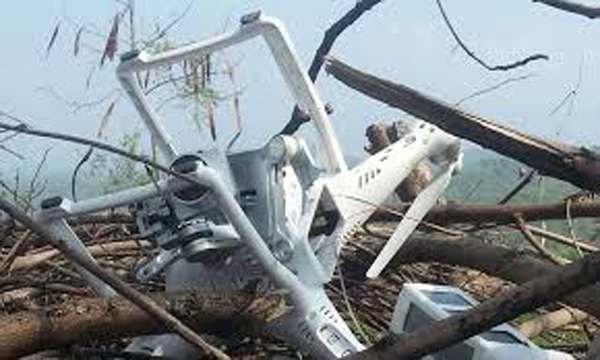 According to the Pakistani Army Spokesman an Indian drone that intruded into Pakistan, was shot down on Saturday,  a day after Islamabad claimed it had thwarted an Indian submarine away.

The Indian quadcopter was shot down in RakhChakri sector of the Line of Contorl, the de-facto border between the two countries, the Pakistan Army said.

The drone intruded 60 meters into the Pakistani side and crashed near the Aagahi post around 4:45pm, Pakistan army spokesperson Gen Asim Bajwa posted on Twitter.

“Indian Quad Copter shot down by own Aagahi Post in Rakhchakri Sec.Had intruded 60 Ms in Pak side of LOC,fell near own Agahi Post & taken over,” Gen. Bajwa tweeted.