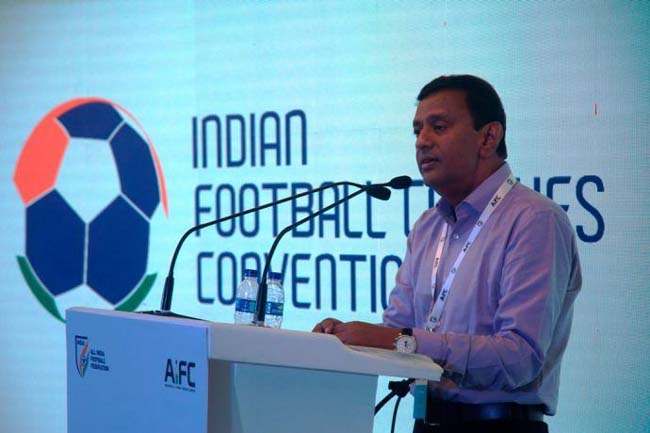 The rapidly increasing popularity of Football in the country led to the formation and launch of the Association of Indian Football Coaches (AIFC) in December 2017. Less than a year into its functioning, the Association has begun celebrating these integral pillars of the game.

The two-day event of the Indian Football Coaches Convention held on 23rd-24th July 2018, was conducted in a unison by the All India Football Federation (AIFF) and AIFC.

John Gregory was announced with the title of the “Coach of The Year” at the first ever Association of Indian Football Coaches annual award ceremony, which was held at DY Patil Stadium in Mumbai.

Gregory’s conviction towards successfully leading Chennaiyin FC to its second Super League Title (2017-18) earned him the prestigious title in the very first award ceremony of the kind.

It wasn’t just the Chennaiyin FC coach, however, who won big at the ceremony. Having secured the top position on the I-League table for Minerva Punjab FC, Khogen Singh was given the honorable title of the “Best Coach” at the ceremony.

Mohun Bagan’s Arpan Dey bagged the title of “AIFC Goalkeeping Coach of the Year” in the I-League category.

David Robertson was another imminent winner at the ceremony, who was awarded for aiding Real Kashmir in becoming first from the state of Jammu & Kashmir to win I-League 2nd Division (2017-18), thus, gaining I-League promotion.

Following is the list of the coaches who won accolades at the AIFC annual awards ceremony: