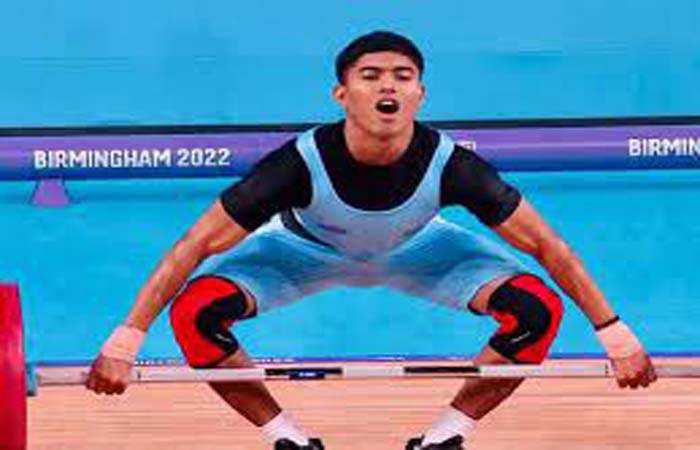 Sanket Mahadev Sargar opened India’s kitty at the Commonwealth Games in Birmingham by winning the silver medal in the men’s 55kg category weightlifting. It was a comprehensive show by the Indian who led clearly in the snatch event with a lift of 113 kgs. He then produced a great performance in the clean and jerk too where he lifted 135kg in his first attempt and then failed at both his attempts to lift 139 kgs. He finished with a total lift of 248 kgs. Sargar also injured himself during one of his final attempts.

Malaysia’s Mohamad Aniq won the gold medal with a lift of 142 kg in clean and jerk which pushed the Indian to the second slot.

This is a first big multi-discipline event medal for the 21-year-old from Maharashtra’s Sangli.

Sargar cruised past all his opponents in the snatch section, leading by six kilograms to head into clean and jerk.

But the Indian was only able to execute one lift in the clean and jerk section as he seemingly picked up an injury and looked in agony after he failed to lift 139kg in his second and third attempts.

Sanket Sagar hails from Sangli in Maharashtra. The 22-year-old is the reigning national-level champion in his weight category of 55 kg. Earlier in February this year, he had qualified for Commonwealth Games with his performance at the Singapore Weightlifting International event.

At that event, he not only earned his qualification for the multi-sport event, but also smashed the Commonwealth Championships and National Level record with a combined lift of 256 kg, which consists of 113 kg in the Snatch category and 143 in the Clean and Jerk category. This performance earned him a gold medal at the event.

At the Commonwealth Weightlifting Championships in December 2021 in Tashkent, he won a gold medal with a lift of 113 kg, which also helped him create a new national record in the Snatch category.

In the last edition, Indian lifters brought home a rich haul of nine medals including five golds. This year too they are expected to reign supreme.