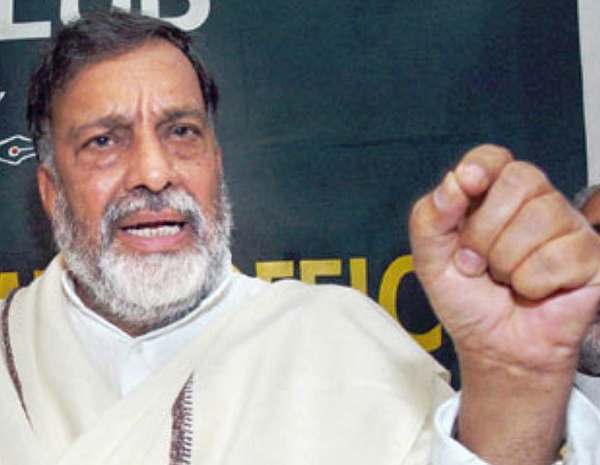 Jammu and Kashmir National Panthers Party (JKNPP) Chief Bhim Singh has alleged that Jammu has been reduced to just a colony by Kashmir centric political parties and RSS-BJP has also endorsed  decades of discrimination meted out to the region.

Talking to JK NEWSTODAY, Singh again raised the demand of reorganization of the state into Kashmir Valley and Jammu region- to end the decades of bias perpetrated by the successive governments in the state.

“Earlier it was NC-Congress which followed the policy of discrimination with Jammu region and now RSS is no different. Panthers will fight for the reorganization of J&K and separate Jammu state. It is the only solution to the grievances of non-Kashmiri population which has been kept like slaves for last seven decades”, said Bhim Singh.

Singh held the Parliament of India responsible for the present mess in J&K by keeping Jammu and Kashmir out of the domain of the Constitution of India by inserting Article 370. “Though temporary, Article 370 has lasts nearly seven decades people of J&K have been denied of fundamental rights since 1950 though the State acceded to the Union of India like other 577 States,” he said.

Alleging that there is no government in J&K after the death of Mufti Mohammad Sayeed, Bhim Singh alleged that PDP-BJP coalition has failed to deliver on the promises made to the people. Expressing grave concern over the deteriorating law and order situation in the valley, Singh said. “You tell me is there any functional government. There is no law and order and happening in Kashmir since July exposes the policy paralysis in the working of government. BJP to has failed to deliver and has betrayed the cause of Jammu”, Singh claimed.

He said that silence in Kashmir cannot be taken for return of peace as due to the weather resentment is down for now. Keeping in view the poor working of the government, we had approached the Supreme Court to impose Governor’s rule in the state.