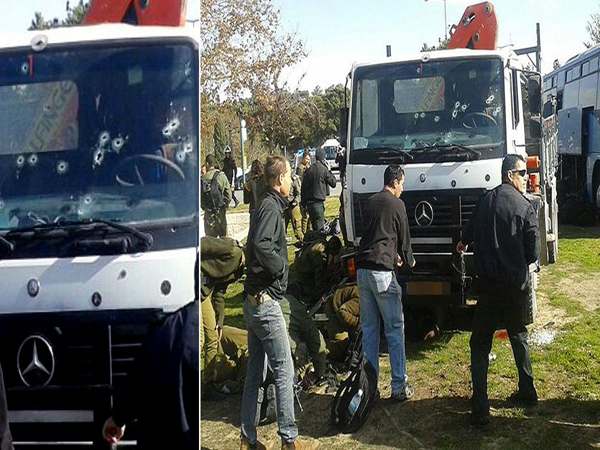 AT least four people are dead and 15 people have been injured after a man rammed a truck into a crowd during a terror attack in Jerusalem.

The attacker, who unconfirmed reports have named as a Muslim terrorist, was shot by security services after it drove into a popular promenade overlooking the walled Old City.

Eyewitnesses said the truck rammed into a group of people who had been getting off a coach as they arrived at a promenade in Jerusalem.

Authorities have called it a deliberate attack. A police spokeswoman said: “It is a terrorist attack, a ramming attack.”

Two women and one man, who were members of the Israel Defence Forces (IDF), were killed during the attack.

The soldiers were taking a tour of the city when the truck drove straight at them.

A bus driver who witnessed the attack said: “They shot him, until they neutralised him.”

A report on Israel Radio said that bodies were “strewn on the street”.

At least two of the injured were said to be in a serious condition, according to the Magen David Adom ambulance service.