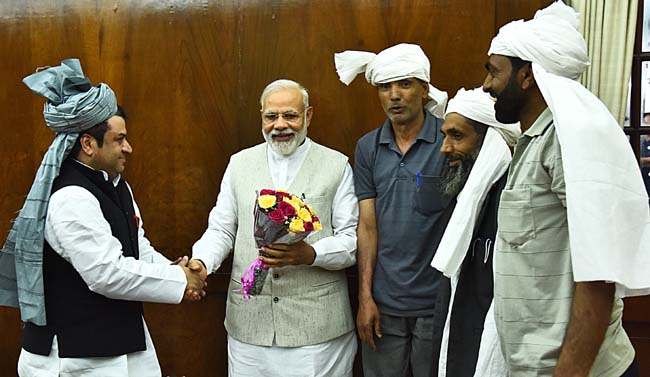 Poswal said that he has been continously trying for past four years to get the attention of central Govt as well as the BJP-PDP alliance in J&K Govt expressing his worry about the muslim tribal Gujjar Bakerwal community located close to the border of Pakistan and remote areas of J&K, may become the instruments of Pakistani army and Pakistani ISI to create further political and social unrest in the state.

Poswal said this may happen as they target is to incite the Gujjar Bakerwal tribal community to take up arms against the Govt. He further fears that if this happen the movement may spread violence to other parts of country.

In keeping the above threats in mind he had insisted the Prime Minister of India twice to provide jobs to the Gujjar Barkerwal tribal Youths of J&K through various wellfare schemes such as recruitments in BSF, army, CISF etc.

Poswal has also criticized the current J&K state Govt Policies of excluding Gujar Barkerwal Tribals from the Development Plank at various forums , and Consistently reminding ministry of tribal affairs to put in place development plan for the gujjar tribal community in proportionate to their population .