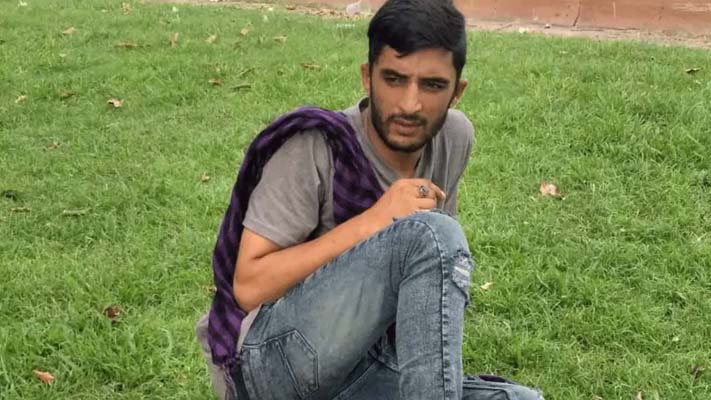 According to reports, the man, who claims to be a resident of Budgam district of Jammu and Kashmir, was caught roaming around the Parliament House. He was nabbed by the CRPF personnel on duty over his suspicious activity.

During his initial interrogation, the man gave misleading information to the CRPF men about himself. A document, which was recovered from him, contains some information in codewords.

Two identity cards – one Aadhar card and a driving license – have been also been recovered from his possession.

Both the IDs have different names. While the driving license is in the name of one Firdaus, the name mentioned in the Aadhaar Card is Manzoor Ahmed Ahanger.

The man hails from Rathsoon Beerwah in Budgam district of J&K. A bag has also been found from him. According to the CRPF officials, the arrested person has been changing his statements which aroused further suspicion about him.

He has now been handed over to the Delhi Police, which is questioning him at the Parliament House Police Station. Information about him is also being shared with various other agencies.

In September last year, a 25-year-old man was arrested for trying to enter Parliament allegedly with a knife. The man was identified as Sagar Insa, a resident of Laxmi Nagar in Delhi.