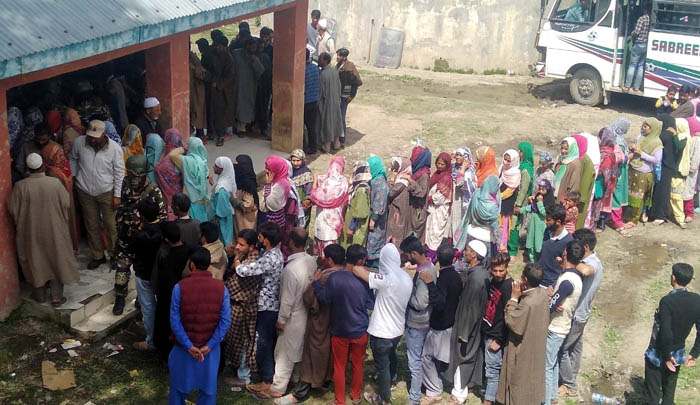 Incident free voting marked first phase of polling in Jammu and Baramulla Parliamentary constituencies of J&K with a total voter turnout of 57.31 percent.

The voter turnout was highest in Samba District at 75.07 percent followed by 74.50 percent in Jammu district, while twin border districts of Poonch and Rajouri recorded 70.40 percent and 65.70 percent, respectively, the CEO informed.

He said that there are 33 candidates in fray for twin constituencies, including 24 for Jammu PC and 9 for Baramulla PC. He said the polling was held under the supervision of 12 General Observers, 8 Expenditure Observers and 7 Police Observers, besides 462 micro observers, while 7692 staff was deployed across 4489 polling stations in the two PCs on Poll day.

The CEO complimented voters, political parties, contesting candidates, polling staff and Security forces for smooth and peaceful conduct of polling in the state.