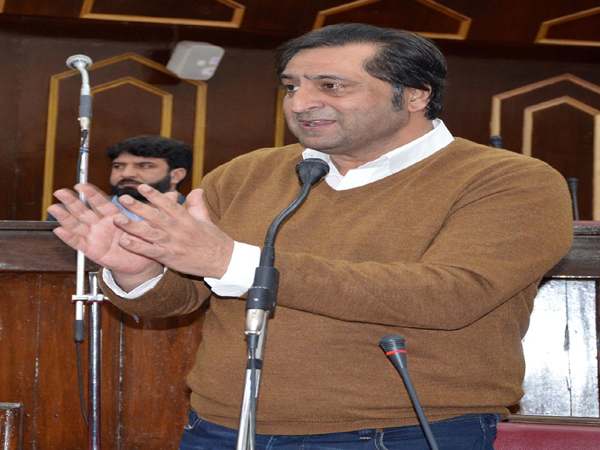 Jammu, January 20: Minister for Science and Technology Sajad Gani Lone today informed the Legislative Council that under Grid Connected Rooftop Solar energy, a target of 54 MW has been set to be achieved in the state by the end of next financial year.

Replying to a question by Naresh Kumar Gupta in the upper house, the Minister further said for the next four years, the target has been set at 450 MW.    However, he said no project for solar energy has been processed under PPP mode so far.

The Minister further stated that Jammu and Kashmir Energy Development Agency (JAKEDA) has distributed 33574 Solar Home Lighting Systems (SHLS) and 1800 Solar Street Lighting Systems (SLLs) in the state in past three years against the target of 44483 SHLs and 2408 SSLs. He said the distribution of balance SHLs and SSLs is in progress.

He said the procedure for distribution of SHLs is to cover all the households of un-electrified villages/hamlets which have been cleared by Rural Electrification Corporation (REC) for providing basic lighting system under RVE Programme.

He said, the department has distributed 224 SSLs and 1573 SHLs in Bhaderwah – Bhallessa constituency against a total target of 274 SSLs and 2132 SHLs fixed for district Doda   He said in addition to solar devices, JAKEDA has also installed 121 Solar Power Plants in all Community Information Centers (CICs) of the state, including in Doda district. He also said 69 Solar Power Plants have been installed in district/sub-district/Community Health Centers of the state.

The Minister informed that JAKEDA would formulate a DPR for installation of Solar Power Plant in University Campus Bhaderwah provided the university gives consent to pay balance share of 30 percent of the total cost of the project as the union Ministry of Natural and Renewable Energy (MNRE) will provide only financial assistance to the tune of 70 percent of the total cost.