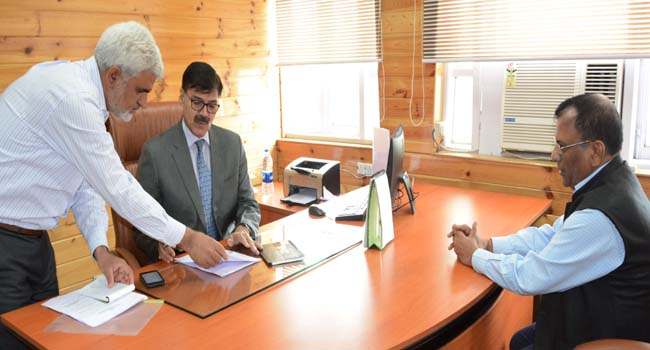 He was welcomed by Principal Secretary Home, Mr R K Goyal and other senior officers at the Civil Secretariat here.

Mr Kumar was till recently holding the post of Senior Security Adviser to the Union Ministry of Home Affairs.

A 1975-batch IPS officer of Tamil Nadu cadre, Mr Kumar has served earlier in the Kashmir Valley, as Inspector General of the Border Security Force (BSF) between 1998 and 2001.

He also served as the Director General of the Central Reserve Police Force (CRPF) between 2010 and 2012, before he was appointed as a Senior Security Advisor in MHA.

In 2008, Vijay Kumar was chosen to head the Sardar Vallabhbhai Patel National Police Academy in Hyderabad.