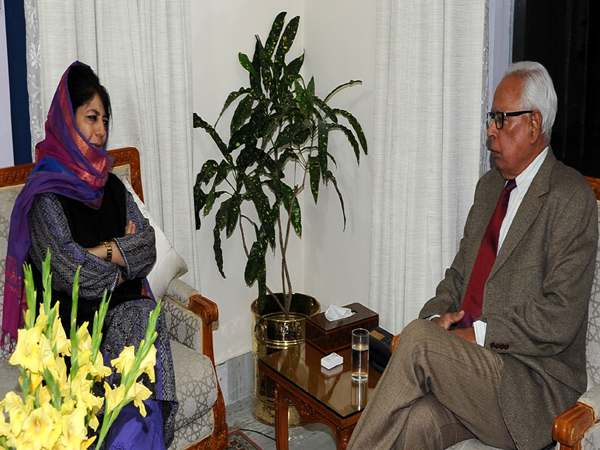 Srinagar, June 22:
Mehbooba Mufti called on Governor N N Vohra on Friday afternoon to discuss the situation arising out of the fall of her Government on Tuesday .
It was her first meeting with the Governor after her Government fell following withdrawal of support by the coalition partner BJP on June 19 . She was taken aback by the sudden development as the BJP leadership did it without informing her .
She is reported to have discussed with the Governor the issues that made BJP to withdraw the support .
The Governor, however, asked her to devote her political energies toward restoration of peace in the Vally .