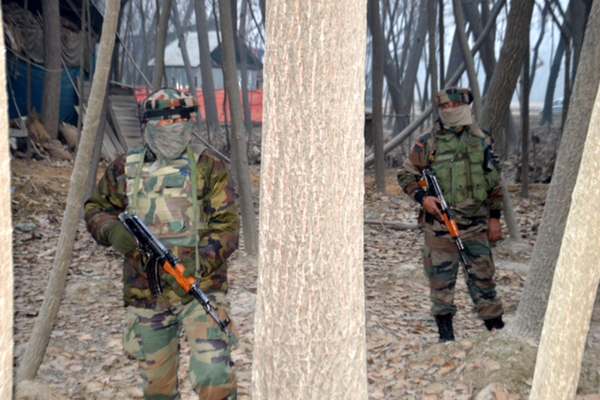 Fresh firing was reported early on Friday from the encounter site that is raging on since Wednesday evening in Hassanpora village of Arwani in Bijbehara area of Anantnag district in south Kashmir.

According to reports, militant(s) opened fire on security forces when they try to retrieve dead body of the militant from the debris.

Militants who are still alive has taken cover under the debris of one of the houses blasted by government forces.

It was already reported that tree militants have so far died in the encounter, but none of the bodies has been recovered so far.

A civilian, identified as Arif Amin Shah was killed yesterday after protests erupted near the encounter site.

“One charred dead body recovered from the encounter site and we believe that others dead bodies will be recovered soon,” senior army official in Srinagar told JKNT.

He further said that search operation is on and hopefully area will be cleared in couple of hours.