Kashmir – The Final Resolution, film celebrates the 1st anniversary of abrogation of article 370 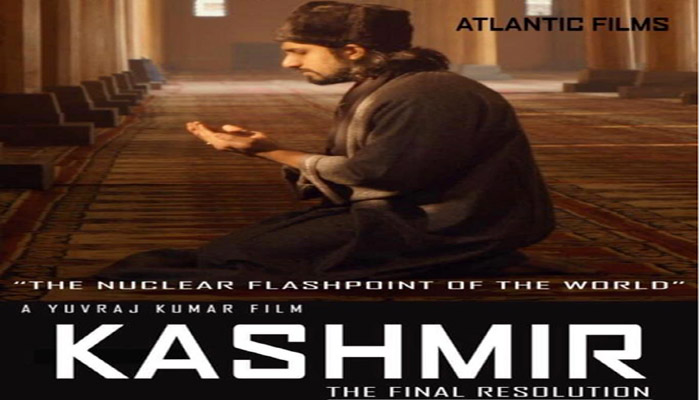 Kashmir-The Final Resolution, a film which is all set to release soon is celebrating the abrogation of article 370 in Jammu and kashmir.

The film is based on the actual situation of Kashmir, from Militancy to abrogation of Article 370.

Yuvraj Kumar, The director of the film believes that article 370 was a big block in the development of Jammu & Kashmir and ‘now that article 370 has been abrogated, the first year anniversary should be celebrated,’ he said.

He said that the message should be loud and clear to Pakistan that the Jammu and Kashmir is an integral part of India and abrogation of article 370 has brought peace for its citizens.

The song chui mubarak from the film kashmir – the final resolution , which brings all communities together for celebrations is a good way to spread hope & happiness.

Movie, Kashmir-The Final resolution, which was shot in Kashmir and 90 percent of the artists are from J&K is all set to be released soon.

The film revisits the history of Kashmir, analyses the problem of the past and provides a practical solution to the Jammu & Kashmir issue after Article 370 has been abrogated. The film is directed Yuvraj Kumar, the screenplay is written by Kashmiri Pandit writer Sonal Sher and the main lead is played by Kashmiri pandit actress Rippy Koul.

The music of the film promotes ethnic Kashmiri music and the songs are sung by the Kashmiri singer Neerja Pandit & Abha Hanjura.