Kashmir to get its first multiplex cinema in September 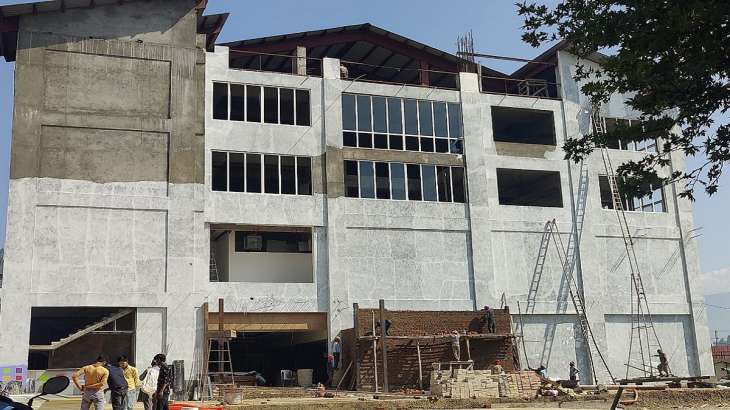 Kashmir will get its first multiplex cinema in September which will screen latest Bollywood and Hollywood movies for the entertainment-starved locals.

Designed by INOX, the multiplex with a seating capacity of 520, will be the first cinema theatre in Kashmir after three decades since separatist violence broke out here in 1989.

It will have many food courts to attract youth and children besides providing them the feel of the most modern cinema entertainment.

The decor of the multiplex includes the ‘Khatambandh’ ceiling which is part of Kashmir’s central Asia inspired architecture.

Vikas Dhar, the owner of the multiplex, is the son of Vijay Dhar who owned the iconic ‘Broadway’ theatre in Srinagar that was gutted in a fire incident in mid 1990s.

Vijay Dhar is the son of illustrious Kashmiri politician late D.P.Dhar who remained pivotal to power equations in Jammu and Kashmir because of his proximity to both late Prime Ministers — Pandit Jawaharlal Nehru and Indira Gandhi.