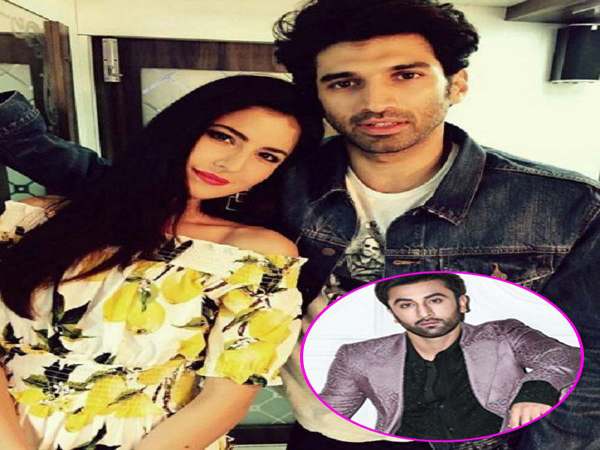 Katrina Kaif’s growing fondness for Aditya Roy Kapur seems to have upset Ranbir Kapoor. The actor is apparently not too comfortable with Aditya and Katrina’s closeness. Why? Not because he is getting jealous or insecure about his ex girlfriend getting all comfy with his best friend but because RK isn’t liking the fact that Aditya is choosing Kat over him. Remember how Aditya skipped Ranbir Kapoor’s house warming party just to spend some time with Katrina Kaif? The internet has been speculating that romance is brewing between AK and Ms Kaif but from what we know, there is absolutely no truth to these rumours. They are just great friends and nowadays they seem to be liking each other’s company a little too much.

According to a report in Mid-Day, recently Aditya skipped a football match practice in Khar which him and RK attended regularly otherwise. This has added fuel to fire. Rumours suggest that the BFFs are apparently not on good terms, thanks to Katrina. Well, nope we aren’t saying that there’s a love triangle of sorts here.. I mean, c’mon Aditya knows that Ranbir and Katrina have had a past and he wouldn’t ever hook up with his best friend’s ex. So let’s not even assume that there’s a romantic angle attached to this. But Aditya choosing Katrina over Ranbir every time hasn’t gone too well with the Kapoor lad.

This isn’t the first time when a Bollywood BFFs have had a fallout. Last year Ranveer Singh and Arjun Kapoor’s bromance seemed to have hit the rough patch. However, they sorted their differences and were back as buddies. Let’s hope  that the same happens with Aditya and RK too!