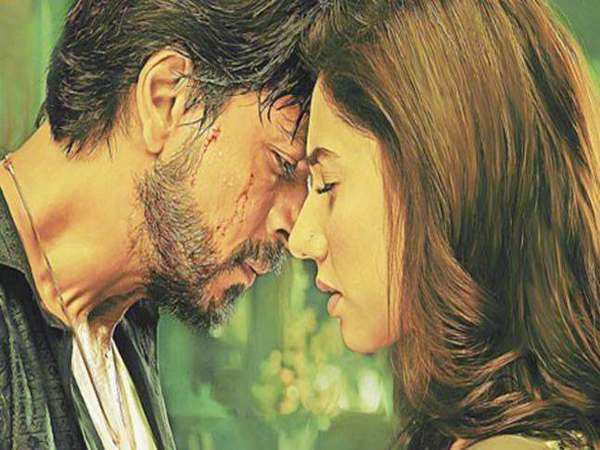 Shah Rukh Khan and Mahira Khan’s romantic track, Zaalima from Raees is out. Check it out here.

Second song from Shah Rukh Khan’s film Raees has been released and yep, we are floored. Titled, Zaalima, the romantic ditty is impressive to the core. Raees, tells the story  of a bootlegger, played by SRK, whose business is obstructed by a tough cop. Mahira Khan plays SRK’s love interest in the film. And first glimpse at their love story is Zaalima.

Shah Rukh Khan and Mahira Khan look good together. Their chemistry hits the right notes along with the song. Fans of Mahira Khan in India won’t be disappointed with Zaalima. SRK! Well he is the king of romance. This is forte. Of course he had to get it right. He looks handsome AF, with those kohl eyes, walking across the desert, wearing black. That one sight remains in your mind. And we have to give it to the cinematographer, K.U. Mohanan, for this brilliant shot. Choreographer could have done the job a tad bit bitter, as some movements look forced and practiced.

The lyrics have been penned by Javed Akhtar. And he spells magic with his pen. The way he strings the beautiful words together and brings the romance in this song alive is utterly impressive. And of course Javed Sahab’s lyrics are supported by Ram Sampath’s music. Ram has shined with his music when given the right platform. The music of Delhi Belly and Khakee are still famous. The songs of Raees, might just change the game for the music composer. The first song from Raees Laila O Laila starring Sunny Leone released last month and it was a rage too.

Raees has been directed by Rahul Dholakia, and is all set to release on January 25. The movie also stars Nawazuddin Siddiqui alongside Mahira and Shah Rukh.