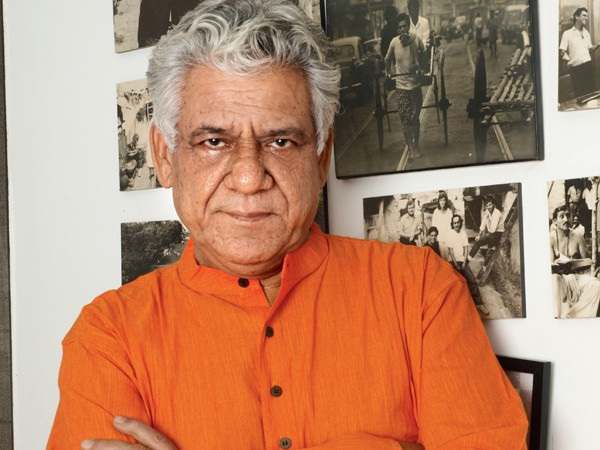 Veteran actor Om Puri passed away in Mumbai, he was found dead at his home on Friday morning. He was 66. Puri returned home last evening after a shoot. Reportedly his door bell went unanswered, following which Puri’s driver raised an alarm. As confirmed by his friends from the film fraternity, the actor succumbed to a massive heart attack.

The Padma Shri awardee, studied at the Film and Television Institute of India and at the National School of Drama, where Naseeruddin Shah was his classmate. Born on October 18, 1950, hailing from Ambala in Haryana, Om Puri made his film debut in 1976 with the Marathi film ‘Ghashiram Kotwal’.

66-year-old Om Puri is survived by his ex wife Nandita Puri and son Ishaan. The actor was last seen in Sunny Deol’s Ghayal Returns and also featured in one of the biggest hits of 2016 The Jungle Book. Om Puri was the voice of Bagheera. The actor also marked his Pakistani film debut last year with Actor In Law and was also filming for Gurinder Chadha’s Viceroy’s House that featured Gillian Anderson. His sudden death has indeed come as a shocker to the film industry and the actor’s fans.

In 2016, Om Puri was also dragged in a controversy for slamming the Indian soldiers post the Uri attacks after he had said, “Did we force them to join the army? My father was also in the army… We are proud of them (soldiers)… I am asking you: Do you want India and Pakistan to become Israel and Palestine?” However, soon he pleaded guilty by issuing a public apology saying, “I am very embarrassed at what I said and I deserve punishment, not forgiveness. I first apologise to his (an Uri attack martyr) family, if at all they will forgive me, I apologise to the whole country, the army. I know it’s not justified that you say so much and then think a sorry will make it right.”