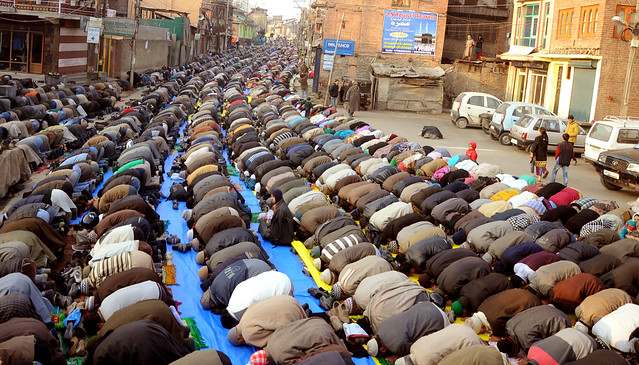 Khawaja Digar is offered on 3 Rabi-ul-Awal every year according to the Islamic month, marking the commemoration of the annual Urs at the revered shrine. The practice of observing congregational Khwaja Digar has been going on since the last over 40 decades in the Valley.

Long lines of people comprising men, women and children thronged the shrine. The huge rush prompted scores to offer prayers on the road outside the shrine. Police had maintained special arrangements for commuters to avoid traffic jam around the area. Superintendent of Police north city was supervising the arrangements himself around the shrine.

On the annual Urs, special prayers of Khatmat-ul-Moazammat are held every year for twelve days from the 21st of Safar to 3rd of Rabi ul Awal at the shrine in the memory of the Sufi-saint.

The Congregational prayers held after three years after Covid 19 decline.