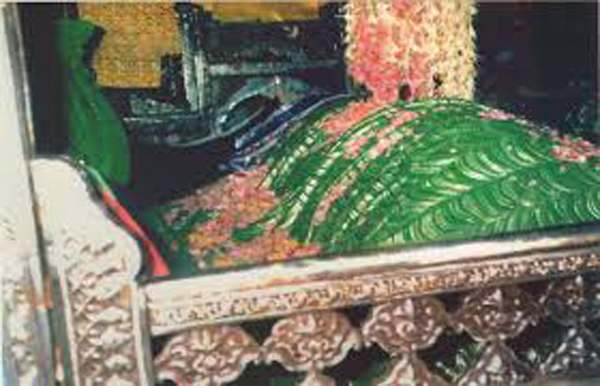 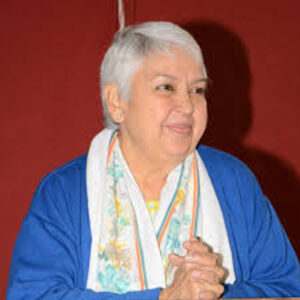 Irrespective of caste, creed, colour, race and faith, devotees come to Ajmer from all parts of the world to pay homage to Hazrat Khwaja Moinuddin Chishty Garib Nawaz (R.A.), the great preacher of Islam and messenger of peace and love.

Khwaja Saheb was a scholar of great repute. He was a symbol of the Islamic message of love for mankind and through that, the love for Almighty Allah, the Creator. He preached the Quranic philosophy of unity and inspired millions of people to live in true companionship through his disposition and piety.

A great mystic of his time, he had neither wealth nor power but with his love and dedication for the welfare of mankind, attracted the masses to the tenets and values of Islam.

Early Life: Khwaja Moinuddin Chishty (R.A.) was born in Seistan (East Persia) also known as Sejistan, around 533Hijri, 1138-39AD. His father Khwaja Ghayasuddin (R.A.) and mother Syeda Bibi Ummalwara fondly addressed as Bibi Mahe-Noor were the descendents of Hazrat Ali (R.A.). However Khwaja Saheb lost both, his father and mother at the age of sixteen years and his means of livelihood became the orchard and the wind-mill that he inherited.

Spiritual Awakening: One day, as Khwaja Saheb was working in the orchard, a dervaish, Ebrahim Qandoozi, came in and sat under the shade of a tree. Khwaja Saheb offered him a bunch of grapes. The visitor ate the grapes delightfully and then bringing out something from his own bag, chewed it and offered it to the young host.

Khwaja Saheb ate it without any hesitation and at once, the light of wisdom and knowledge dawned upon him. Thereafter, he distributed all his worldly belongings and started his journey to Samarqand and Bukhara, the great centres of learning and acquiring religious education and knowledge.

Having thus equipped himself with the best wisdom of the time, Khwaja Saheb travelled widely in search of a Murshid, a spiritual guide, and came to serve Khwaja Usman Haruni (R.A.) who was the greatest scholar and unrivalled spiritual guide of that period. Khwaja Saheb lived with his spiritual master for twenty years passing through various stages of the spiritual life under his supervision.

The Command: Satisfied with the progress of his pupil who became perfect in every respect, Khwaja Usman Haruni, the divine tutor, gave his robe to Khwaja Saheb and took him to perform Haj in Makkah. Later, they proceeded to Madina and stayed there for some time. It was here that one night, as he was in a trance, he was commanded by the Holy Prophet (S.A.W.) “to proceed to India and show the path of truth to the people there”.

Khwaja Saheb immediately left for India passing through Isphahan, Bukhara, Herat, Lahore and Delhi, meeting several prominent Sufis of the period and also enrolling many people in his field. He finally arrived in the deserts of Rajasthan and settled there.

Life in Ajmer: Hazrat Khwaja Moinuddin Chishty arrived in Ajmer at the age of 52 years around 587AH/1190 AD during the rule of Prithvi Raj Chauhan, the famous Rajput King. He stayed close to Ana Sagar Lake now known as ‘Chilla Khwaja Saheb’.

When people heard of the arrival of a Darvaish, they flocked to him in increasing numbers for his blessings. They were all touched by his simplicity and love. His teaching was so effective that people began to embrace Islam and became his disciples for more divine knowledge. Even Ajai Pal who was the leader of magicians in the court of Prithvi Raj Chauhan, surrendered his post to become his disciple.

In 1192 AD, Shahabuddin Ghori again attacked India and in the famous battle of Tarain defeated Prithvi Raj. When Shahabuddin Ghori was informed of the presence of Khwaja Saheb in Ajmer, he personally came to see the Darvaish and seek his grace.

Khwaja Saheb sent his disciples to different parts of the Country to serve the people and preach the tenets of Islam and thus continued his noble mission.

Exit from the Physical Body: Having complied with the command of the Holy Prophet (S.A.W.), Khwaja Saheb’s soul left his physical body on the 6th of Rajab 633 AH/ 16th March, 1236 AD at the age of 97 years.

He was buried in the same place that had been the centre of his divine activities throughout his stay in Ajmer and even today, people throng there from all parts of the world to offer their homage.

Some of his prominent successors are:

Teachings: Khwaja Saheb brought the message of Universal Love and Peace. He practiced Non-Compulsion in the true spirit of the Holy Quran which says: “Let there be no compulsion in religion, will thou compel men to become believers? No soul can believe but by the persuasion of Allah”.

His kindness to the poor and suffering ones brought him the loving and popular name “Gharib Nawaz”. The succeeding Chishti Sufis reinforced these qualities and became pioneers in bringing together the various castes, communities and races in the Country.

The essence of Khwaja Saheb’s teachings are: