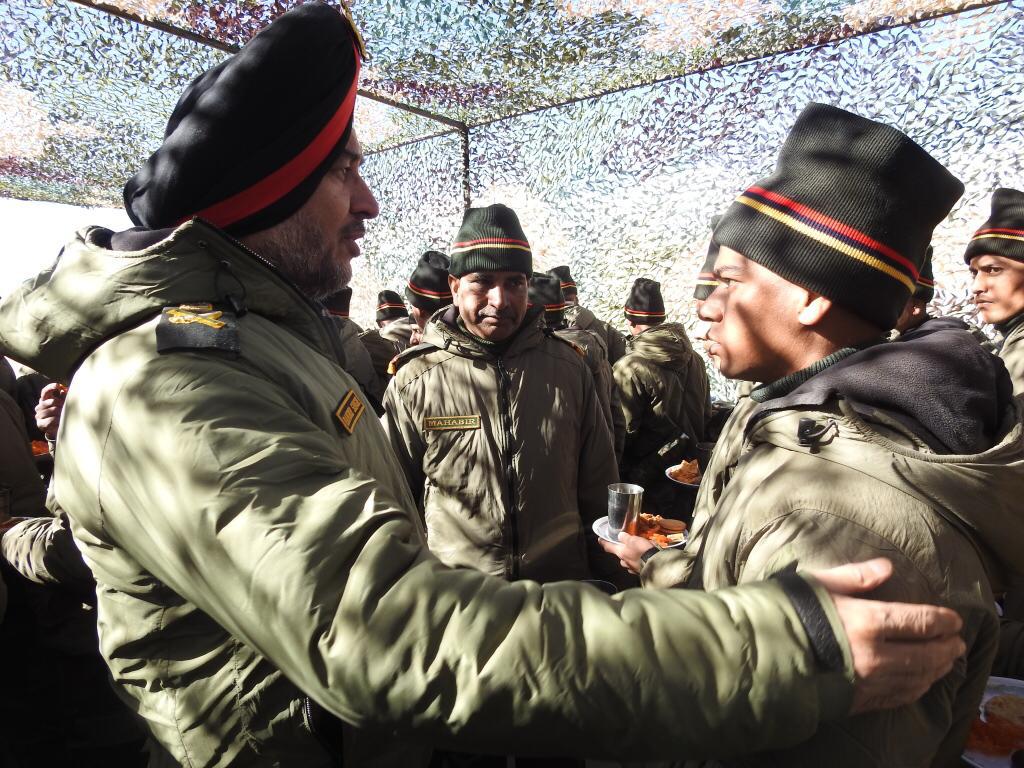 During his interaction with the troops, the Army Commander appreciated their hardwork and dedication in their brave endeavor to safeguard the Nation’s borders while operating in hostile terrain and adverse weather conditions.