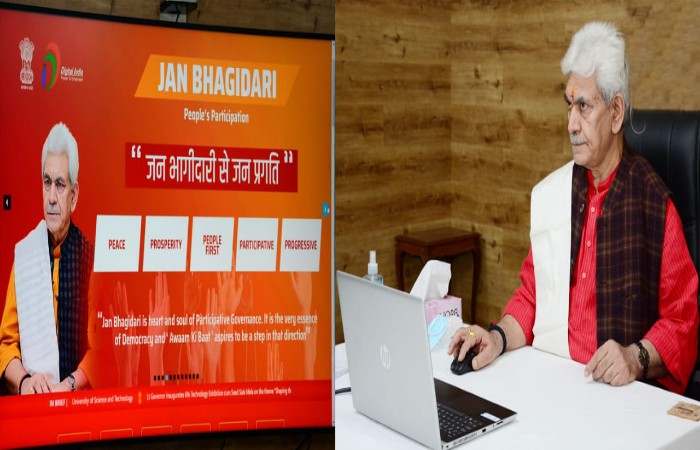 Placing citizenry at the center of policy making and seeking grass-root level feedback a true tribute to the Gandhian principles of administration: LG

“Awaam Ki Baat” program on the theme “You Speak, We listen” starting from April, to be aired every third Sunday of the month

The half-an-hour long Radio program to be aired every third Sunday of the month (to start from April), is one of the many sequential steps of broader program aimed at disseminating the progressive steps taken by the government and providing the public with a platform to speak, write and interact with the administration, thereby voicing their suggestions, ideas and creative proposals.

The Lt Governor observed that Awaam Ki Baat is a leap towards strengthening the concept of Jan Bhagidari by inviting people’s participation. It will give voice to the people and a vision to the administration that is symbolic of the collective aspirations of the masses, he added.

Awaam Ki Baat is a novel initiative aimed at seeking the feedback from the public to make the process of governance interactive, participative and people-centric, he added.

Further, by placing the citizenry at the center of the cycle of policy making and seeking grass-root level feedback is set to emerge as a true tribute to the Gandhian principles of administration, said the Lt Governor.

The platform appreciates the heterogeneity of our Union Territory in the truest sense by providing voice to people’s ambitions and crafting a strategy to draft policies that are reflective of people’s aspirations and making the governance paradigm interactional.

“You Speak, We listen” is the underlying theme of the project ‘Awaam Ki Baat’. The public can access the website at “awaamkibaat.jk.gov.in” , and also voice their suggestions through the interactive toll free numbers – 18005722327 for the Jammu Division, and 18005722328 for the Kashmir Division.

Also, there is a dedicated window called “Write to LG” on the website, which gives a portal format for submitting one’s suggestions. The public is also provided with a dedicated email address ‘welisten-akb@jk.gov.in’, which too will collect the useful feedback and channelize it to the respective departments.

Now, with the “Awaam Ki Baat” program, the UT Government is giving a determined push to strengthening the Government-Public relationship, by inviting suggestions from the public and seeking their active participation in Policy formation.