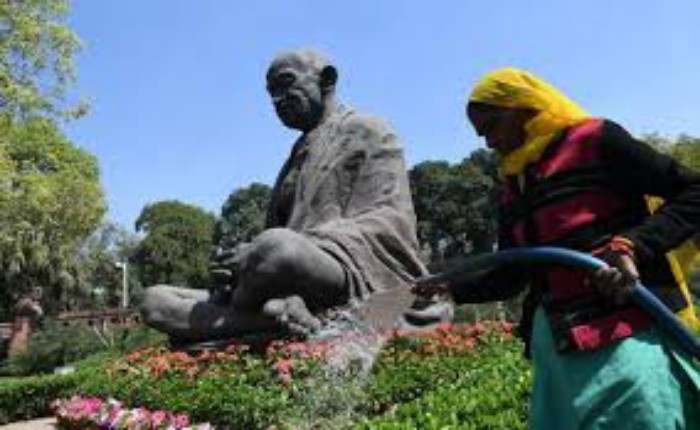 The iconic Mahatma Gandhi statue in the Parliament complex was on Wednesday relocated from its place facing the main gate to a space near Gate number 3, to make space for the ongoing construction of the new Parliament building.

The 16 feet high bronze statue of a seated Bapu has been a constant and most preferable site of protests by opposition leaders to protest against the government’s policies.

According to Lok Sabha Speaker Om Birla, the new parliament building will reflect the art, culture and diversity of all provinces and will be a centre of inspiration for all citizens.

Prime Minister Narendra Modi had laid the foundation stone and performed ‘Bhumi Pujan’ for the construction of the new Parliament building, which is a part of the Rs 20,000 crores Central Vista project on December 10.