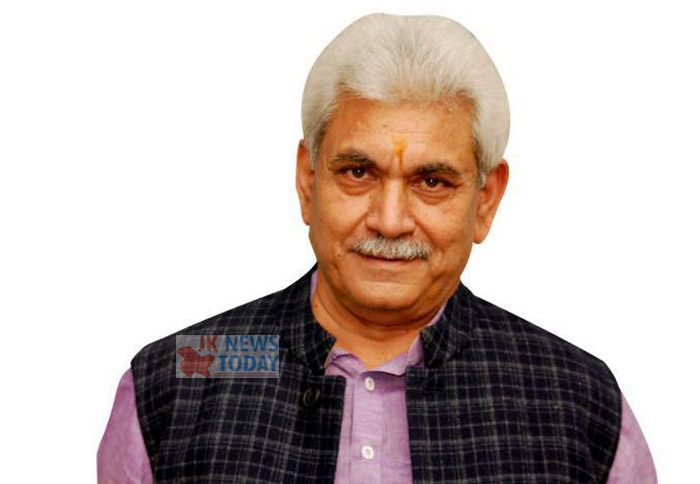 
With Manoj Sinha taking oath as Lieutenant Governor of Jammu and Kashmir in Srinagar on Friday afternoon , the hopes have been pinned on the things improving in the Valley reeling under an impenetrable spell of uncertainty for decades.
Prime Minister Narendra Modi has made choice of Manoj Sinha for one new assignment in J&K where things were not showing signs of improvement despite Centre having invested so much in the development of the Union Territory . PM had been monitoring the Kashmir situation very closely and the feedback was not to his satisfaction . The ground feedback was having gaps in what was being presented by others.
Sinha has been sent to fill the gaps to bring the official and ground feedback on the same page . The new Lt. Governor is known for his political acumen and also how to generate quick response from the administration to the grievances of the people. Such a connect is very important in Jammu and Kashmir where years of governance deficiency has piled up layer after layer of alienation . He knows from his political and experience as union minister in Railways and Communication that the alienation in any place is bad and it can lead to serious situations.
One thing that he has demonstrated without speaking a word in public that he means business in running the show in a positive fashion in Jammu and Kashmir as he is aware that this is an extraordinary assignment for him where he has only one option and that is to succeed.
The simple oath taking ceremony at Raj Bhavan in Srinagar this afternoon showed that he believes in making things easy and pomp and show was not what he likes.
He has not only to live up to confidence reposed by the top leadership of the country, but also help the people in J&K realise their dreams that had eluded them all these years .
The Kashmiris are watching the things closely , and after having heard that he is a hard taskmaster who brooks no nonsense , they think that a new era might have begun for them.