Maoists release picture of CRPF jawan from Jammu in their custody 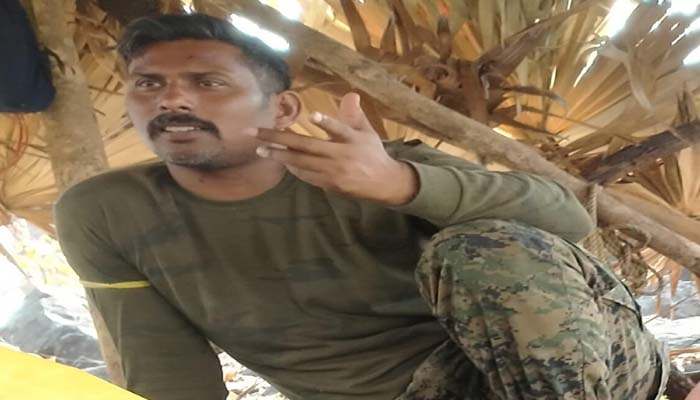 In a typical psychological game ,

Maoists on Wednesday have released a photograph of CRPF jawan Rakeshwar Singh Manhas in their captivity.

A confident Manhas is seen sitting on the ground. The Jawan belongs to Jammu and his family has urged the Maoists to release him unharmed.

In the picture released by the Maoists, CoBRA jawan Rakeshwar Singh Manhas is seen sitting on a plastic mat under a temporary shelter, possibly at a Maoist camp.

Manhas had gone missing on April 3, following a fierce gun battle between security forces and Maoists on the Sukma-Bijapur border. In the aftermath of the ambush, bodies of 22 security personnel had been recovered.

On Monday, local journalists had received calls that the jawan was in Maoist custody.

This was further confirmed by the Maoists on Tuesday. “The government must declare the names of interlocutors. After that, we will release the policeman in our custody. Till then, he will be safe under our security,” Vikalp, spokesperson of the DSZC, said.

However, the Bastar IG on Tuesday released a statement in which Manhas was still described as missing. The statement said the veracity of the press note was being checked.