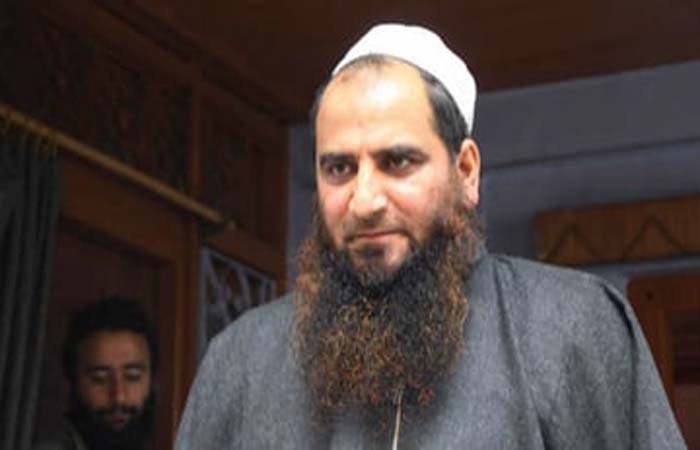 Pakistan based All Parties Hurriyat Conference has reconstituted the separatist conglomerate by announcing the appointment of Masssarat Alam as its new chairman.

Masara Alam who was the mastermind of the 2010 street agitation and led the youth organize the stone throwing campaigns across the Valley was arrested in August 2010 and since then he is in jail. Currently, he is in Tihar jail.

The reshuffle has been announced within less than a week after the death of Syed Ali Shah Geelani who had headed this faction of the Hurriyat Conference from September 2003 to June 2020. He had resigned from the post as he had raised objections to Pakistan’s style of interfering in his organizational and Kashmir affairs . He, as completely disillusioned with Pakistan, had chastised Pakistan for causing harm to Kashmir.

Pakistan based group has also announced Shabir Shah and Ghulam Ahmad Gulzar have been nominated as vice chairpersons. Moulvi Basjhir Ahmad Irfani will continue as general secretary of the organization.

This decision was taken by the Pakistan occupied Kashmir chapter of APHC on Monday and it has circulated a release to this effect on Tuesday.
Surprisingly, Pakistan had desisted from announcing the Hurriyat ( G) structure as long as Geelani was alive. Soon after his death on Wednesday last , Pakistan started preparing the ground for the new structure. Since most of these separatist leaders are in jail, Pakistan is giving an impression that it stands in solidarity with them and also conveying an impression that its brand of high-voltage and violence-guided “ Jihad” is back to life in the separatist camp.

However, it is intriguing that Pakistan has not spoken of any of the leaders of the Mirwaiz faction of the Hurriyat Conference. Mirwaiz Umar Farooq is the founding chairman of the original and the united Hurriyat Conference that was founded in December 1992.

Geelani had challenged his leadership and had formed his own faction in September 2003.