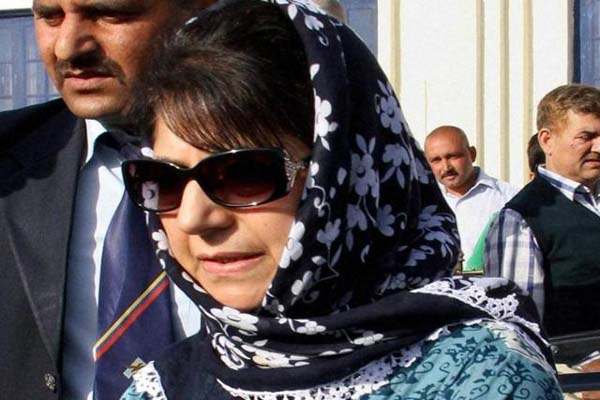 Almost a week after the Hurriyat Conference extended a “ welcome” card to tourists from all over the world, including India, Chief Minister Mehbooba Mufti with a renewed vigour declared “ Kashmir is the safest place for tourists.”

She invited the tourists to visit the place and enjoy their holidaying here.

Mehbooba Mufti was speaking at a function organized by the tourism department at Nishat here this morning. She said “ Kashmir is the safest destination as the tourists, particularly women, can roam without any fear even during nights.”

The Chief Minister who has been in the forefront of the revival of tourism in Kashmir after it was dealt a body blow by the violent protests following the killing of  Hizb-ul-Mujahadeen  Commander  Burhan Wani  early July this year. The tourism was at its peak at that time.

But the protestors gained control of the streets and separatists sponsored shutdowns made the tourists to flee the Valley and they are yet to return to the Valley where the shutdowns and  protests  persist though at a much lower scale.

Apparently enthused by the separatists, including Syed Ali Shah Geelani, Mirwaiz Umar Farooq and  Mohammad Yasin Malik’s joint call for the  revival of tourism by seeking the tourists for the Valley, Chief Minister has raised her pitch further for tourists to visit the  Valley. Separatists have  assured “ safety and hospitality” to the tourists.