Mehbooba Mufti is back in public eye; whirlpool of uncertain times ahead 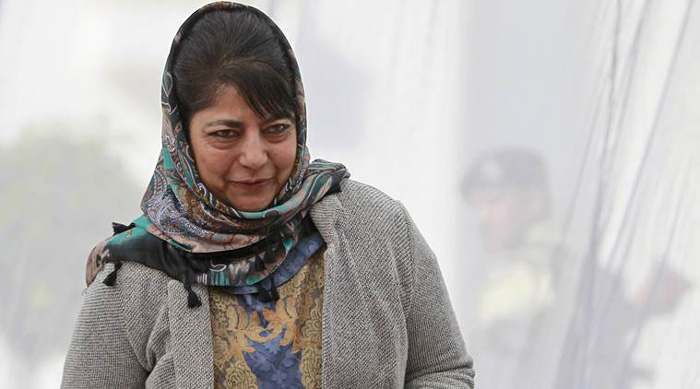 Since the release of Mehbooba Mufti from over 14-month-long detention Tuesday evening, there is a spurt in the political spectrum of Kashmir with a single question , what will PDP chief and former Chief Minister will do next?

A part of the question was answered by Mehbooba herself , when she pledged to not only restore the August 4, 2019 , position of Jammu and Kashmir, the state with special status, but also underlined that her endeavour would be to seek resolution of Kashmir issue, for which “ thousands have sacrificed their lives.”

In the given situation where everything has changed since she was arrested on August 5 last year when the Central Government did away with the Article 370 and Article 35A that held a constitutional guarantee of the special status of J&K negotiated in late 1940s after the tribesmen’s invasion of the state by Pakistan army , she could not have said more than this. She is yet to see the world outside , how it looks like and how the life of the masses in Kashmir has reckoned with the changes of August 5 and the subsequent decisions.

Mehbooba personifies too many profiles – a firebrand leader who dwells more on emotional impulses, co-founder of People’s Democratic arty , her daddy’s daughter , who was party president when PDP aligned with BJP to form the government to strike a regional balance in the sensitive state where regional and religious divisions sharpened , and then riding to power and becoming the first woman Chief Minister with the support of the saffron party – has to struggle with her past and carve out a niche for her future.

The PDP chief has been trained in politics by her father Mufti Mohammad Sayeed and since 1996 when she first contested polls and won on Congress ticket – later she had resigned in July 1999 a day before the launch of PDP as a regional alternative to National Conference was launched- she has created her own brand of politics .

Post 2002 polls , she came to be known as the daughter who propelled her father Mufti Sayeed to Chief Minister’s chair – the PDP had only 16 seats , nowhere close to half way mark of 44 in the House of 87 to form the government. It was her insistence that a Kashmiri leader should lead the government that made Congress to concede its claim and forge an alliance with PDP to form the first- ever multi-party coalition government in J&K.

Now things are different . She must have known it . Had she reconciled to the changes that she resisted and threw veiled and not-so veiled threats against tampering with the special status, she still would have been Chief Minister . But she is a rebel within . There were many missteps on her part that resulted in certain avoidable situations that befell on Kashmir.

These are harder times than ever before she encountered in her nearly 25-year political career. She is back in public eye and everyone is watching how would she play the role – this is the most uncertain terrain and times. People are down with the impact of the pandemic and the economic distress and the political disempowerment . They want peace with dignity in their life – there, essentially, is scramble for survival.