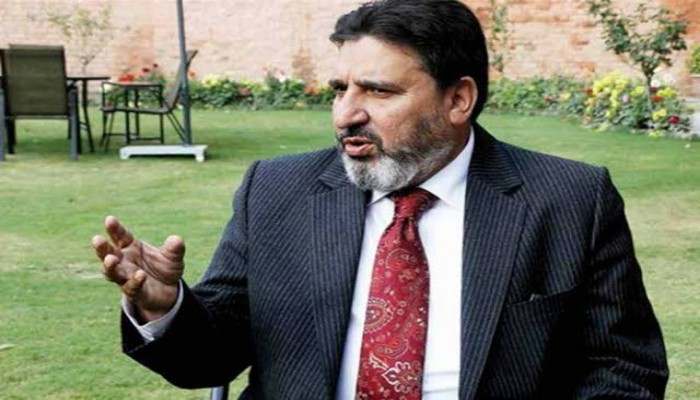 Apni Party President Syed Mohammad Altaf Bukhari on Tuesday said the youth of Jammu and Kashmir have unfortunately been always swayed by misleading slogans of political parties, which is why they still feel annoyed and exasperated with the present system.

Addressing a party campaign convention in Baramulla, Bukhari observed that J&K’s youth are full of potential but they need to channelize their energy in a positive manner.

“Our youth seem genuinely indifferent and disenchanted with our present system, which has many loopholes. But isn’t it a fact that political parties across the political spectrum in J&K are also responsible for the begrudging behavior of our youth?” he asked.

Bukhari said that the fascinating slogans raised by the decades old political parties have pushed the youth to go to jails or to graveyards.

The Apni Party president remarked the youth of J&K feel their aspirations are not secured and also the loop-holes in the system that have added to the unemployment ratio have instilled an aggressive and infuriated behavior among them.

Bukhari said that the challenging task before the Apni Party was to prove itself as a reliable political platform among the competing narratives being offered as solutions to the problems of people in Jammu and Kashmir.

“Apni Party was launched at a time when other formidable political forums had intentionally or unintentionally kept mum over the political developments that changed the course of history in J&K. However, our party never shied away from saying the truth to our people and time has vindicated our stand. Now all other political parties who are in the fray are saying the same things which we said before eight months,” he observed.

He said the Apni Party has adopted truthful politics as its cardinal principle and it will never compromise on this guiding philosophy. “I am thankful to the people who have reposed trust and confidence in our Party and I appeal to the people to make all political parties accountable for their own welfare,” he added.

Speaking on the occasion, senior vice president Ghulam Hassan Mir, said that the Apni Party’s agenda is based on the socio-economic and political empowerment of people of J&K. “Apni Party is fighting these DDC elections with parties who had boycotted the first two important tiers of Panchayat Raj Election. This was only because they never wanted devolution of power at the grassroots level. And they never wanted empowerment of people in real sense,” Mir remarked.

He said that DDC elections were purely for planning and development. “I appeal to you to vote and support Apni Party candidates in DDC elections as they would be always available and accountable before you,” Mir added. He stated that the DDC elections have also assumed significance because these Councils will be responsible for ensuring that people have access to electricity and sanitation and similar development outcomes, as other regions in the country.

In his address, Party’s senior leader and former minister Mohammad Dilawar Mir appealed to the people to come forward and support Apni party candidates on the basis of their developmental agenda. “I am sure that you will judge our candidates by their accessibility and social work in their restive areas. Apni Party will always commit whatever it can deliver on the ground that is why people should support its candidates whole heartedly,” he added.