Modi sticks to his promise on J&K, restore statehood 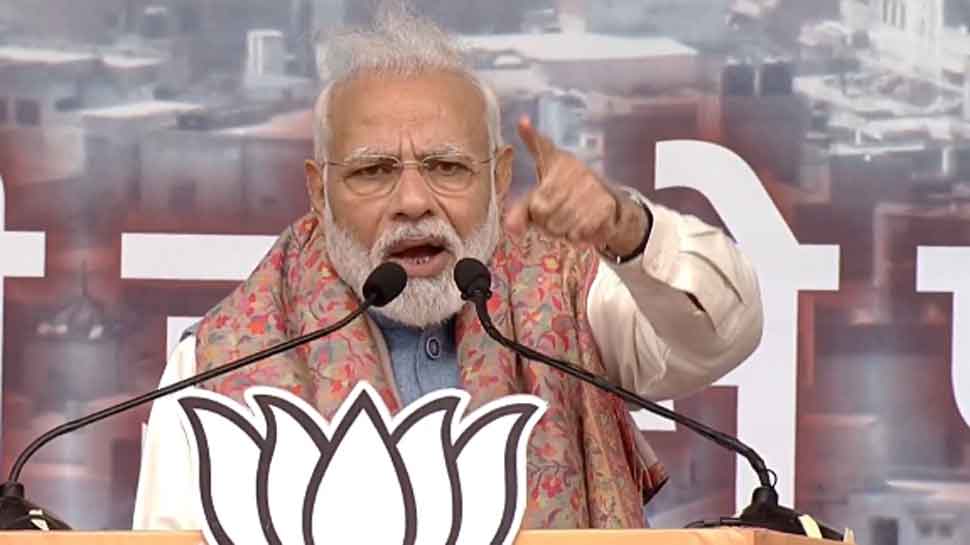 Prime Minister Narendra Modi could not have said it in more clear terms than he did on Saturday evening when he  assured the  people of Jammu and Kashmir via Apni Party that all their interests would be guarded , and they would  get their statehood back , and as such there would be no democratic change .

This is not the new stand of Prime Minister and his government . It has been a consistent position of the Modi government – however, its dynamics changed after the abrogation of Article 370 that granted special status to the erstwhile state of Jammu and Kashmir that now stands split into two union territories. For the people of Ladakh, especially  Buddhists of Ladakh, the creation of UT for their place, was a dream come true . But it was  not that for the people of J&K irrespective of their faith , village, town , for they could not believe that such a majestic state has been downgraded to  the Union territory . Their anxiety stemmed from the fact that  their place measured  42,241 sq. kms from dusty plains to  snowcapped  Himalayan  peaks , and their number was close to 13 million and it could be  made a UT.

. No other state had ever suffered such a territorial and political humiliation , and it also stays a grand fact that no  UT has this big population and area . Having said that , it is important to know that why it was done , and with what purpose. It was not an easy decision , perhaps it was more difficult than doing away with the Article 370 and Article 35 A . The Article 370 granted specials status to J&K, separate state constitution , separate flag and the most powerful state legislature in the country. The Article 35 A conferred unique rights on to the people of J&K, owning of immovable property, jobs and scholarships . These rights were protected forever. But all this changed on August 5 last year, when the Centre did away with these unique constitutional provisions.

The need for such measures had grown – the clear optics were that of J&K fast becoming a hub of Islamic radicalism , terrorism was not only wrecking lives, but it was becoming an attraction for teenagers and the youth like never before , and the anti-India discourse was the flavor of the public conversations . Some parts were being contributed by Pakistan , the country that has always used terrorism as its foreign policy tool. Secondly, the over ground workers of the separatist and militant groups were polluting the psychology of the people of the state. Had it stayed as stayed, the police and law and order powers would have rested with the elected governments . The situation  that forced the Centre to take such a step was the creation of the previous elected governments, who ignored the growth of the radical elements and took sadistic pleasure in the scenes in which Kashmiri militants and radical elements among youth targeted the army personnel with stones  and abuses .

Something drastic needed to be done . It was also need of the hour. That is what was done. However, the dynamics of the past seven months have shown that the world has changed since . Kashmiris have not given up their rigidity on many matters , but they have realized it very clearly that the path to their road ahead lies in their destiny with India, and India alone. They have seen the world has done nothing except spicy lip service .

This is where  Prime Minister ‘s assurances matter, and matter a lot. Here, too, it is important to note that Prime Minister  has set no illusionary deadlines.