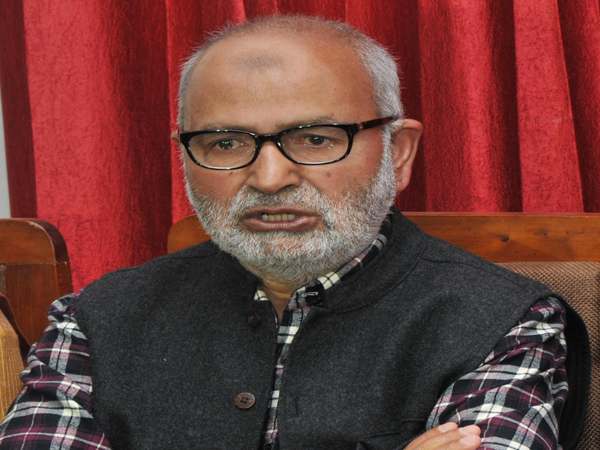 Minister for Education, Naeem Akhtar today said the tragic events that took place in Kashmir during the past few months are another unfortunate chapter in the State’s awful history.

“What happened in the valley during the past few months is a collective loss for all of us,”  Akhtar said while replying to the discussion on the prevailing situation in Kashmir in the Legislative Council today.

The Minister expressed sorrow on unfortunate addition of chapter of violence in Kashmir’s history, adding that the situation has left people across the state grieved and saddened. “The tragedy of 2016 unrest and associated misfortune is neither a result of failure of government policies nor the fault of political system but a perpetual cycle of violence triggered in the state by vested interests”, the Minister maintained.

Expressing immense grief over the loss of lives and injuries, Akhtar said the youth killed during the unrest were all our children. Describing the events of 2016 as tragic, he said it is not something that has been created by the Government or the opposition but is the latest chapter in the vicious cycle of violence and death and destruction in the Valley.

“In some way or the other we all are responsible and cannot shy away from owning the responsibility for the macabre incidents,” he said and expressed the hope that it will be the last chapter of its kind.

He said the Government has always been in favor of talks to resolve the issues confronting Jammu and Kashmir and its people. We have to sit together to find a solution to the enormous challenges facing the State.