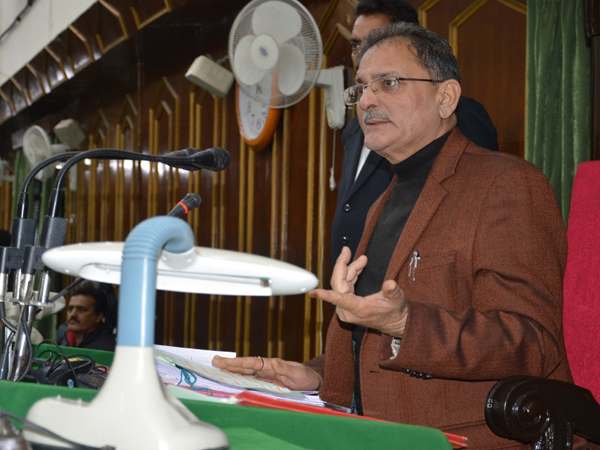 Taking cognizance of the disrespect shown by some members to the National Anthem during the address of the Governor, N N Vohra to the joint session of the State Legislature here on Monday, the Speaker, Legislative Assembly Kavinder Gupta, on behalf of the House, today strongly condemned the contemptuous action.

”The entire house strongly condemns the disrespectful behavior exhibited by some legislators towards the National Anthem”, Kavinder Gupta said.

Responding to the issue raised by the members of the Treasury Benches in the House this morning, the Speaker said that National Anthem is the nation’s pride and identity. “As law makers and representatives of the people, it is our responsibility to uphold the dignity of the National Anthem,” he said.

Gupta hoped that such disapproving action will not be repeated in future.