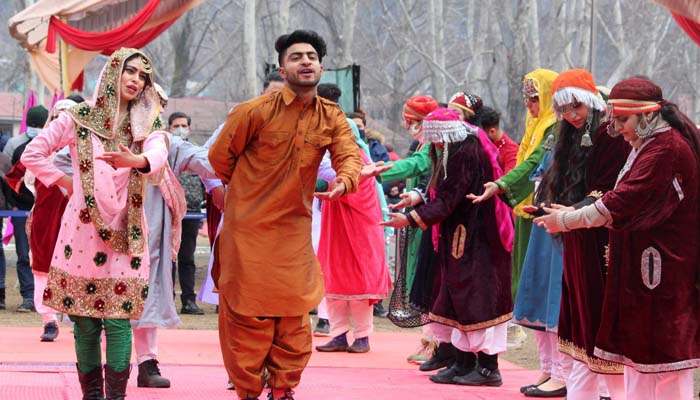 The celebration of Republic –Day in Jammu and Kashmir is an extraordinary event, especially since 1990 , when militancy erupted menacingly in Kashmir and infused fear and scare. The national festival was an extraordinary challenge for one and all.

But in the past three years, contrasts have merged, especially after the successful conclusion of the Independence-Day on August 15, 2019, when there were apprehensions that things may not pass as planned and suiting the dignity of the national festival. The I-Day was celebrated as all the apprehensions retreated to oblivion.

Kashmir was predicted as a place that would not accept the festivities after the abrogation of the Article 370 on August 5, 2019. All those fears were belied. This was because of the determined efforts of Jammu and Kashmir police and its leadership in Director General of police Dilbag Singh who had made the police force to move forward on all fronts in complete synergy with other wings of the security agencies.

And on Tuesday when the Republic Day was celebrated with vigour all across J&K bore a testimony to the fact that a new template has been scripted to celebrate the national festivals.

These facts can be appreciated only if the history is known –the situation was so bad that in 1990, the then Governor Jagmohan was stuck in Srinagar and could not take salute at the erstwhile state’s main Republic Day function in the winter capital city of Jammu. This was unprecedented. The R-Day functions were confined to official ceremonies at Bakshi Stadium.

Rockets used to swoosh over the official functions, and on January 26, 1995, 16 people died in serial blasts and the then Governor Gen(Retd) K V Krishna Rao had a providential escape while the official R – Day function was in progress.

Pakistan had always been looking for ways to use its terrorists in J&K to disrupt the official functions, and cause an atmosphere of fear. It has made certain successful attempts in the past, but now the things have changed.

On Tuesday, when the Republic day was celebrated across J&K, the most important thing that emerged that not only the official functions were smooth and celebratory, despite heavy snow accumulation in the Valley and few places in Jammu region, the tricolour ruled supreme – from public places, electric poles and private buildings. This was a spectacle that the country had been longing for to watch in Kashmir.

A determined effort was put in to make R-Day a success. The Jammu and Kashmir police led by DGP Dilbag Singh made it possible through its heightened vigil and deep involvement in making things happen.
Dilbag Singh moved from one place to another in the Valley in sub zero temperatures to boost the morale of the force. The results were there –Pakistani designs were foiled, public was inspired with confidence to celebrate national festivals without an iota of fear in their minds.